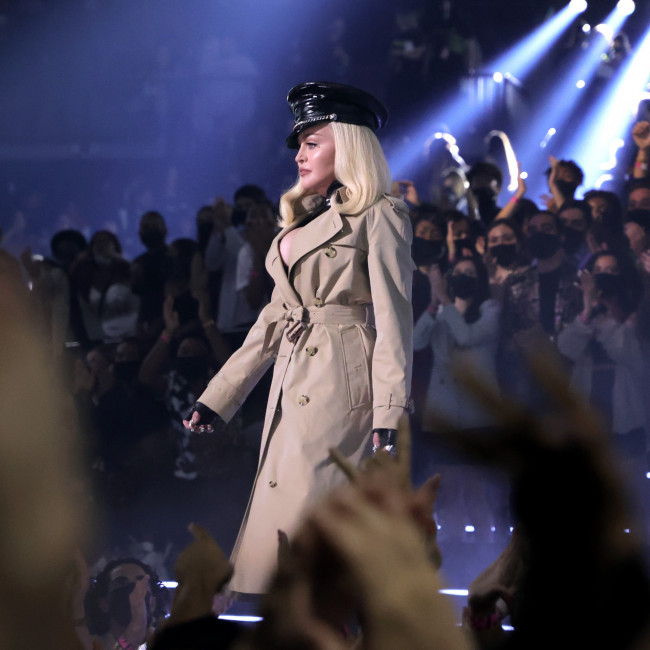 Madonna’s biopic has been scrapped.

The ‘Vogue’ hitmaker had been planning to direct the movie – which was due to star ‘Ozark’ actress Julia Garner in the lead role – herself but the project has now been put on hold in definitely while the 64-year-old singer focuses on her newly-announced world tour.

Sources told Variety Madonna “remains committed” to making a film about her life one day, but the film is now no longer in development at Universal Pictures.

Madonna – who previously directed ‘Filth and Wisdom’ in 2008 and ‘W.E.’ in 2011 – explained last year that she wanted to make her biopic herself because she didn’t want “misogynistic men” trying to tell her story.

“It was also a preemptive strike because a lot of people were trying to make movies about me. Mostly misogynistic men. So I put my foot in the door and said, ‘No one’s going to tell my story, but me.’”

But the ‘Frozen’ singer admitted it was tough shining a spotlight on herself.

She said: “I’ve been whittling away at it, but it’s like hacking off my limbs.”

The project was first announced in 2020, but was in development for over two years, with Madonna working on two script drafts with both Diablo Cody and Erin Cressida Wilson.

During the initial announcement for the project, Madonna said: “I want to convey the incredible journey that life has taken me on as an artist, a musician, a dancer — a human being, trying to make her way in this world. The focus of this film will always be music. Music has kept me going and art has kept me alive. There are so many untold and inspiring stories and who better to tell it than me. It’s essential to share the rollercoaster ride of my life with my voice and vision.”