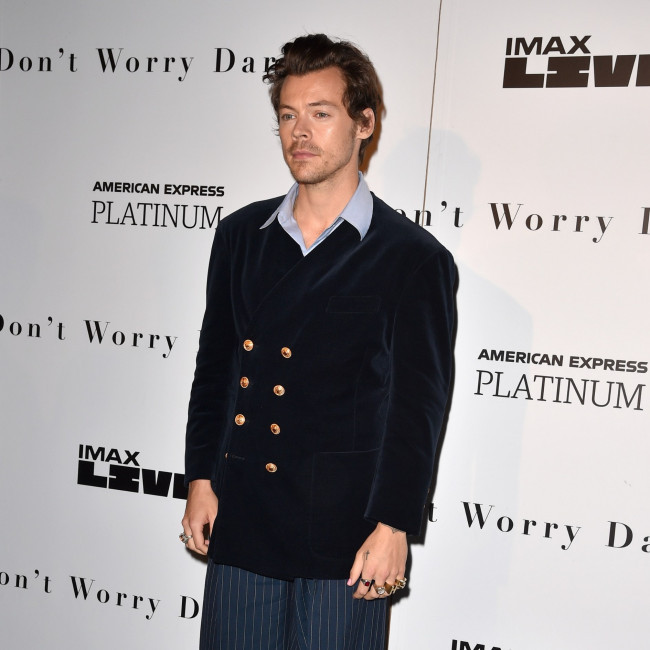 The 28-year-old singer recently received five Grammy nominations for his third album, 'Harry's House', and Simon – who helped to discover Harry's talents on 'The X Factor' in 2010 – feels proud of what he's managed to achieve during his career.

Simon – who created the hit TV show – said: "It's brilliant. I mean, that's the reason why we made these shows if I'm being honest with you, if we didn't find stars like Harry there would be no point at all in doing what we do."

The music mogul believes that Harry has earned his success.

He told E! News: "It's always a thrill and he absolutely deserves the success and all of it."

Harry achieved global stardom as part of One Direction, before topping charts as a solo artist and starring in big-budget movies, like the Christopher Nolan-directed 'Dunkirk'.

However, Louis Tomlinson recently confessed to feeling jealous of his One Direction bandmate.

The 30-year-old singer – who starred alongside Harry in the band – admitted: "I’d be lying if I said it didn’t bother me at first.

"Only ‘cos I didn’t know where to place myself, and really my only point of reference was other members of the band. But it’s not surprising to me that Harry’s the most commercially successful because he really fits the mould of a modern star."

Louis – who released his second solo album, 'Faith in the Future', earlier this month – admitted that he took years to "work out" his own position in the music industry.

He shared: "He’s not just doing music, he’s got film as well, and the tour he’s done is unbelievable. It took me a while to work out where I stand."