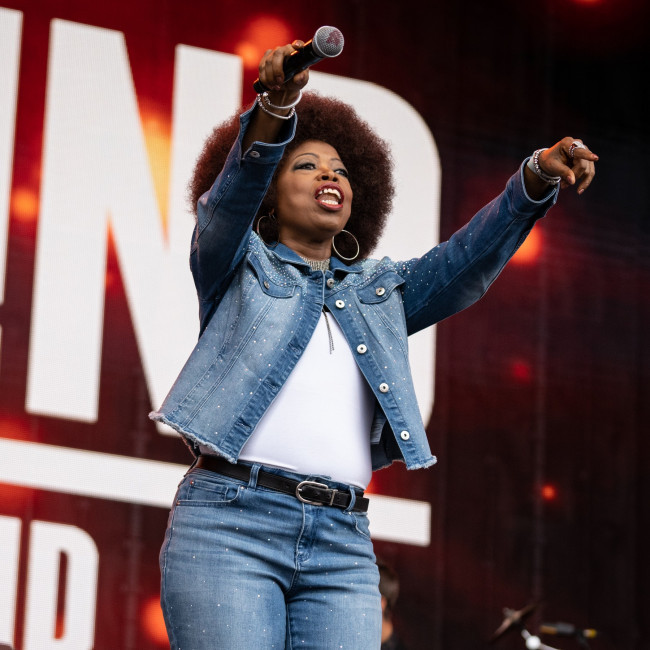 The singer – who was best known for her 1987 single 'Come Into My Life' – has passed away at the age of 63, events organiser CJ Carlos has announced.

He wrote on Facebook on Saturday evening: "Having spoken to her immediate family tonight, it's with a heavy heart that i post this news Joyce Sims has passed away. Joyce was an amazing singer song writer who had so many hits in the 80s.

"As most of you know she was going to be one of our USA artist's in Portugal next May. My heart goes out to her partner Errol and their children and close family."

Stars including Happy Mondays singer Rowetta have paid tribute to the 'Lifetime Love' hitmaker, whose work was sampled by the likes of Angie Stone and Snoop Dogg.

Former footballer Stan Collymore revealed he had been a fan of the soul singer for years.

He tweeted: "Just heard that Joyce Sims has died aged 63. Happy memories of All and All on repeat on my Sony walkman getting the bus to Walsall FC as an apprentice every morning. Thank you for the music Joyce, may you rest in peace.(sic)"

In January, Joyce reflected on how much her fortunes changed when she released her debut album, also called 'Come Into My Life', in 1987.

She said: "It was a great year financially and in every other area of my life. I was excited to release my first album. Just to hold that album in my hand meant so much.

"A lot of the dreams and aspirations I had came true when the album was released. I'd say I made more than $100,000 that year from touring and close to $100,000 from album sales.

"In the late 1980s, nightclubs would sometimes pay me thousands of dollars to sing All In All, my biggest hit in America. It would take me six minutes and 31 seconds and I could earn up to $3,000.