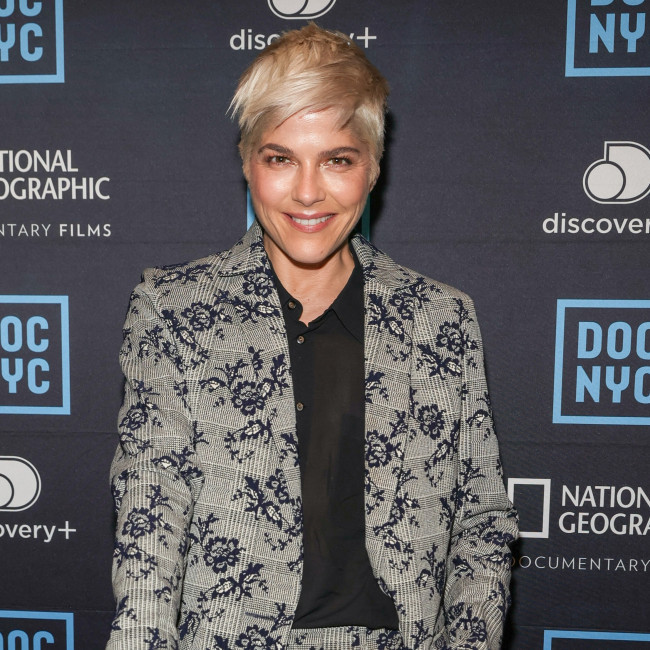 Selma Blair fainted just before a rehearsal for ‘Dancing with the Stars.’

The 50-year-old actress – who suffers from multiple sclerosis – is currently competing in the ABC ballroom competition with professional partner Sasha Farber but explained that the day before their first meeting, she passed out and her service dog Scout had to come to the rescue.

She said: “I text Sasha to say I had passed out the day before. But the thing is, I pass out a lot. It’s part of the reason I have Scout and it doesn’t mean I lose consciousness [or] it’s a whole ambulance experience, it’s something that I lose my vision, gravity pulls me down and I’m very disoriented and gone for a spell. He’s kind of there to also catch me, you know, make the ground a little closer with his back.”

The ‘Legally Blonde’ actress had reportedly insisted that she was OK to carry on with the rehearsal as planned and explained that fainting spells are just something she has to “deal with” and finds that she is able to find her “centre” easier if her eyes are shut.

She told ETOnline: “It’s just something that I have to be honest with where I’m coming from but also know, like, ‘Wait, I really have this.’ It comes and goes. I do find that I shut my eyes and it makes me center a lot more. I was doing it before in life, just the way I would approach things would really raise my nervous system. So I can kinda calm down. I can get really quickly kinda frantic because I get overwhelmed, or maybe that’s just my personality or sort of attention span with some things.”

However, Selma has found it “heartening” to realise what she can do for others who “move differently” through her time on ‘Dancing with the Stars’ and explained that her training so far has helped her with breathing methods.

She said: “It’s been so heartening to see what I think this can do for a lot of people that move or present differently and think they can’t do things. It’s such a blessing to be able to learn some fluidity with dance. It really does help me learn to breathe. That’s something I’ve never done well, even before MS, just being a Midwest girl and not ever really approaching breath.”