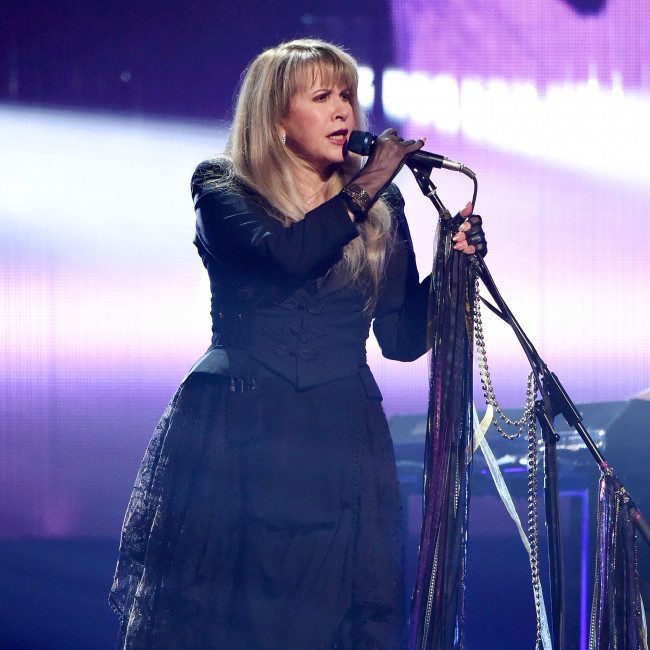 Stevie Nicks demanded she be made into an "honorary Gorilla" if she was to feature on their album 'Cracker Island'.

The Fleetwood Mac legend appears on the track 'Oil' on Damon Albarn and artist Jamie Hewlett's animated band's upcoming LP, and she has revealed she requested she have her own cartoon in the music video.

Speaking to Zane Lowe on Apple Music 1, she said: “Well, I have to tell you, it was really great.

“Because [‘Cracker Island’ co-producer] Greg Kurstin sent [the song] to me. I call Greg back, and I go, ‘Oh, I think this is now our new favourite song, and I haven’t even sung on it yet. But yes, I would love to do this.'

“I learned that song as if I had written that song and as if I was an Englishman, with that accent. And I love it so much.”

Gorillaz is made up of cartoon band members Murdoc Niccals, 2-D, Noodle, and Russel Hobbs.

The 'Go Your Own Way' hitmaker – who toured with Tom Petty and the Heartbreakers and Foo Fighters in the past – spilled about her cartoon alter ego: “I want to be a Gorilla, and I want to have big, false eyelashes, and I want to have blonde hair, right? So, that’s what I said. And so, they’re doing it as we speak. And the whole song is … I think that song is somewhere between love and war.”

The album will include the titular track, which features Thundercat, plus songs with Bad Bunny, Beck, and the previously released 'New Gold' with Tame Impala and Bootie Brown.