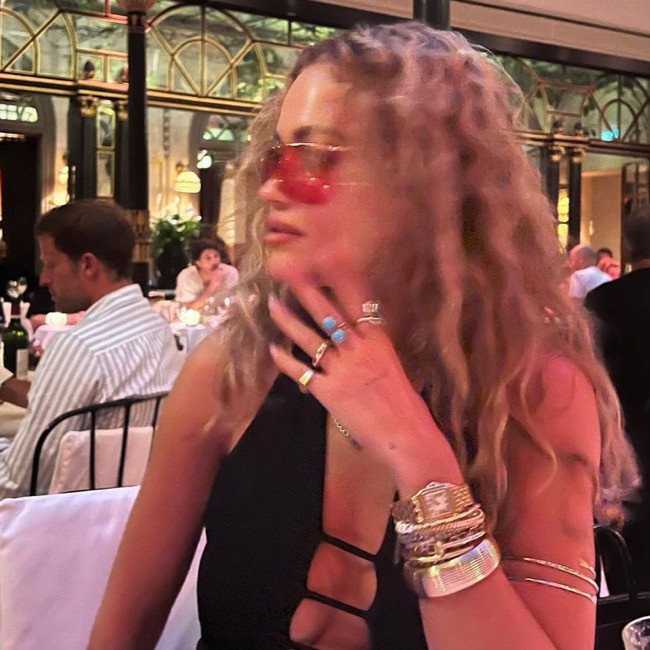 The ‘Hot Right Now’ singer, 31, and the director, 46, are said to have tied the knot at an “intimate ceremony” in London, with Rita apparently intending to go by the name Mrs Waititi-Ora.

But instead of taking time out for a honeymoon, Rita is back to recording new music in the studio.

A source told The Sun on Tuesday: “It was a really intimate ceremony and super special for everyone there. Their nearest and dearest can see how madly in love they are.

“Despite living in the spotlight, Rita is determined to keep the relationship as private as possible and didn’t want to make a big song and dance about the wedding.

“A big, showbiz-style bash is planned to celebrate, but don’t expect to see it being flogged to the highest-bidding magazine.

“Rita’s already back in the studio working on her third album, with her latest session being with Ava Max and Noah Cyrus’ writer Rollo.”

Rita uploaded a snap of herself to Instagram on Tuesday with a huge gold band on her wedding ring finger with the caption: “Moments I forgot to share from over the weekend and some from Paris I loved and completely forgot to post! Have a good week everyone.”

Rumours started Rita and Taika were married after the ‘Thor’ was seen sporting a wedding band.

In an Instagram snap shared by Rita’s sister Elena, which appears to have been deleted, he could be seen sporting the gold jewellery on his left finger as he enjoyed a drink in the sun.

Rita meanwhile also uploaded the same shot to her Instagram – but added to the wedding rumours by covering Taika’s hand with her caption.

The image also now appears to have been erased from her feed.

It was reported in June the couple were to wed after they almost simultaneously popped the question. They were said to be planning an imminent, low-key ceremony abroad before celebrating with their celebrity friends at a huge London party later this year.

It was understood Rita, who is working on several films and ‘The Voice Australia’, and Taika, who is planning several films, hoped to tie the knot once their work commitments have wrapped up.