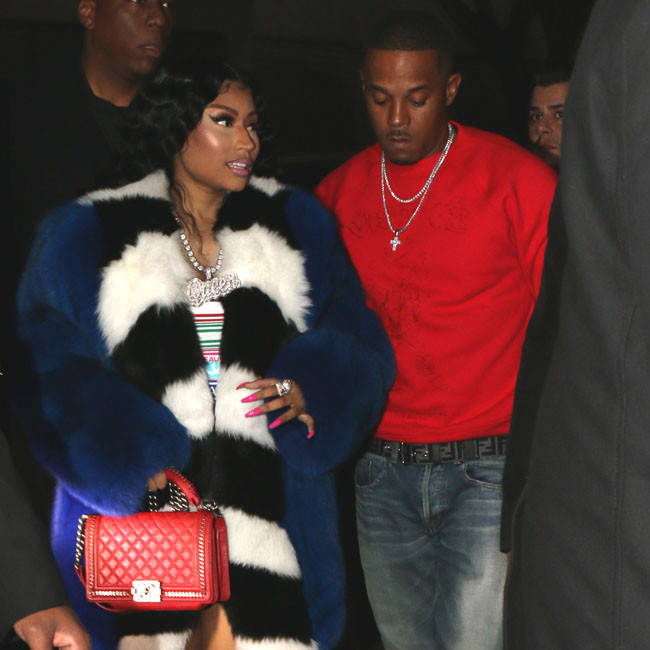 Nicki Minaj's husband has been sentenced to a year of in-home detention.

Kenneth Petty previously pleaded guilty to a 2020 offence of failing to register as a sex offender in the state of California and during a hearing in Los Angeles on Wednesday, he was placed on house arrest, ordered to pay a $55,000 fine and will be placed on probation for three years.

The 44 year old was told when he entered his guilty plea last September that he could face a sentence of up to 10 years in prison and a lifetime of supervised release. His sentencing was postponed multiple times before finally taking place this week.

Petty – who is required to register as a sex offender after being convinced of attempting to rape a 16-year-old girl in 1995 – was arrested in March 2020 after being indicted for failure to register.

In November 2019, he faced legal trouble after he was pulled over by the Beverly Hills Police Department, who discovered he was registered as a sex offender in New York, rather than California, where he now lives.

Last August, his alleged victim, Jennifer Hough, filed a lawsuit against Petty and his 39-year-old wife, accusing them of attempting to intimidating her into recanting her rape accusation, offering her $500,000 to withdraw her claims, and of intentionally inflicting emotional distress.

The case was then dropped by Jennifer in January.

The 'Starships' hitmaker's lawyer, Judd Bernstein, said at the time he was pleased Jennifer and her lawyer, Tyrone Blackburn, had "come to their senses".

He wrote in an email: "Your conduct in pursuing this case against Nicki represents the worst of our legal system: bottom-feeding lawyers who pursue frivolous actions against a celebrity assuming that they will be paid off if they throw up enough dirt.

"It is just the beginning of Nicki's and my efforts to make you pay for your disgraceful conduct with both money and, if the Court recommends it, disciplinary sanctions."