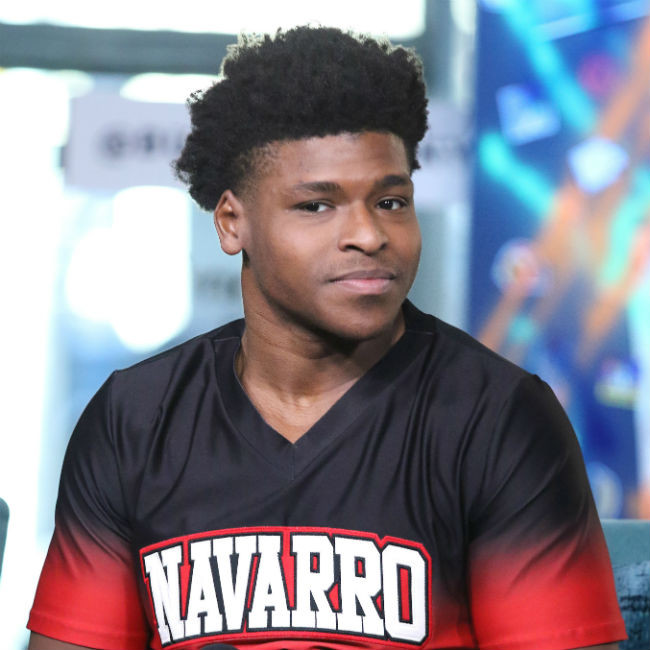 Jerry Harris has been jailed for 12 years.

The ‘Cheer’ star – who has been under investigation by the FBI for allegedly soliciting minors for sex in May 2019 – agreed a plea deal with prosecutors in February and on Wednesday, he returned to court for sentencing.

Following a lengthy hearing, in which friends and supporters read statements about the Netflix star’s character, the judge announced a 12-year prison term, TMZ reports.

After he is let out of prison, Jerry will face eight years of court-supervised release.

The 22-year-old reality star had initially pleaded not guilty to seven charges in December 2020 but previously reached a plea deal and admitted to receiving child pornography and engaging in interstate travel for the purpose of engaging in illicit sexual acts with a minor under the age of 15, with prosecutors asking for the remaining charges to be dropped as part of the deal.

Harris’ lawyers said at the time their client wanted to “take responsibility for his actions and publicly convey his remorse for the harm he has caused the victims.”

Jerry had been in custody since his arrest in September 2020 and according to his legal team, he has been undergoing in therapy in prison and “will spend the rest of his life making amends for what he has done.”

His lawyers also told how their client had been sexually abused as a child in the world of competitive cheerleading.

The statement said: “There being no safe harbour to discuss his exploitation, Jerry instead masked his trauma and put on the bright face and infectious smile that the world came to know. “

As we now know, Jerry became an offender himself as an older teenager.”

Authorities in Illinois previously explained the investigation was kicked off when the cheerleader allegedly contacted an underage youth via a social media app and “repeatedly enticed him to produce sexually explicit videos and photographs of himself”, despite being told in their first exchange that the alleged victim was just 13 years old.

The youngster’s lawyers previously said: “We are grateful that the U.S. Attorney and the FBI have taken swift action to protect children by investigating, arresting and charging Jerry Harris.

“This was made possible because our clients’ mother had the courage to report Harris to the FBI as well as the Fort Worth Police Department and provided evidentiary proof of the manipulation, sexual harassment, abuse, and exploitation that her sons had suffered.”