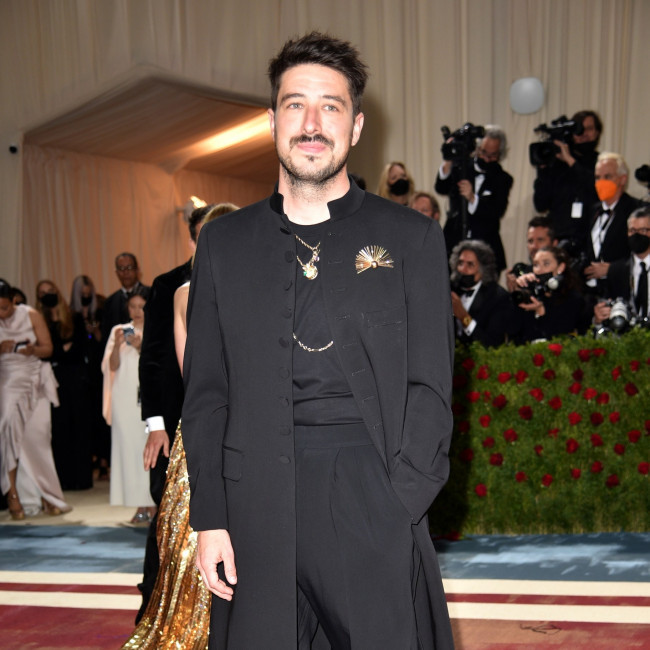 Marcus Mumford is preparing to launch a solo career.

The Mumford and Sons frontman reportedly performed some new solo tunes for a handful of attendees at a Spotify event for the Cannes Lions International Festival Of Creativity 2022 in the French Riviera on Monday.

A person at the show told the New York Post's Page Six column: “He just said today is day one for his next thing.”

The 35-year-old musician has also been posting brief clips of himself in the studio, including one in the vocal booth, on social media over the past couple of weeks.

The 34-year-old musician quit the folk rock band last summer after 14 years, following the controversy he courted for praising a book by right-wing journalist Andy Ngo.

Although Winston stands by his tweet, he admitted he was sorry that his bandmates were held to account for his beliefs.

He wrote: "To call me 'fascist' was ludicrous beyond belief. I've had plenty of abuse over the years. I'm a banjo player after all. But this was another level.

"And, owing to our association, my friends, my bandmates, were getting it, too. It took me more than a moment to understand how distressing this was for them.

"Despite being four individuals we were, in the eyes of the public, a unit. Furthermore it's our singer's [Marcus Mumford] name on the tin.

"That name was being dragged through some pretty ugly accusations, as a result of my tweet.

"The distress brought to them and their families that weekend I regret very much. I remain sorry for that. Unintentionally, I had pulled them into a divisive and totemic issue."

However, Winston revealed his bandmates stood by him and encouraged him to remain in the band.

He said: "Emotions were high. Despite pressure to nix me they invited me to stay with the band.

"That took courage, particularly in the age of so-called 'cancel culture'. I made an apology and agreed to take a temporary step back."

But Winston says he ultimately decided to leave the band in order to avoid having to "self-censor" and so that he could protect his bandmates.

He said: "For me to speak about what I've learnt to be such a controversial issue will inevitably bring my bandmates more trouble.

"My love, loyalty and accountability to them cannot permit that.

"I could stay and continue to self-censor but it will erode my sense of integrity. Gnaw my conscience. I've already felt that beginning.

"The only way forward is to leave the band. I hope in distancing myself from them I am able to speak my mind without them suffering the consequences.

"I leave with love in my heart and I wish those three boys nothing but the best. I have no doubt their stars will shine long into the future."