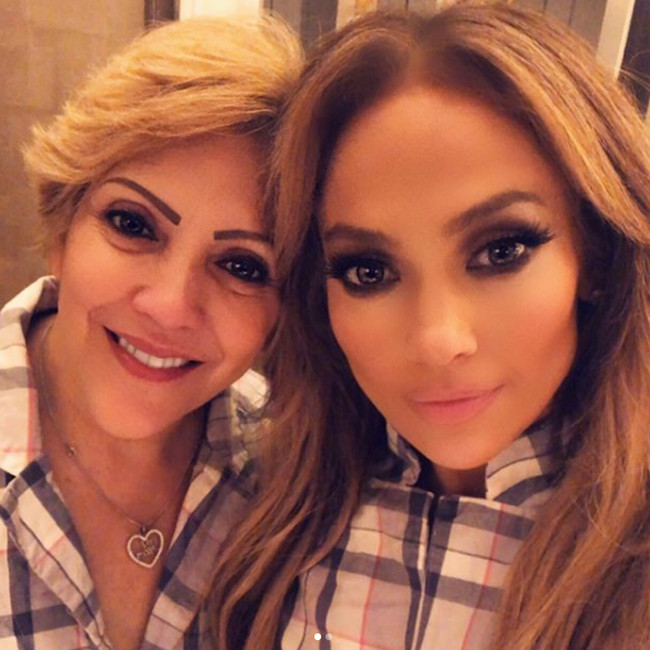 Jennifer Lopez has claimed her mum “beat the s***” out of her before she left home at 18.

The ‘Second Act’ star sensationally alleged that Guadalupe Rodriguez would get into physical bouts with her and her sisters Leslie and Lynda.

In her ‘Halftime’ documentary, Jennifer said: “She did what she had to do to survive, and it made her strong, but it also made her tough. She beat the s*** out of you.

“My mom was like, ‘If you’re gonna live in this house, you’re gonna get your education’. We got into a bad fight one night and I just left.”

The 76-year-old former school worker confirmed the pair “butted heads a lot” and admits she was “far from the perfect mother”, but she insists she had her girls “best interest at heart”.

She said in the tell-all Netflix doc: “I always had the highest expectations of them. It wasn’t to be critical. It was only to show you that you could do better.

“Jennifer, she gave me the hardest time, to tell you the truth. We butted heads a lot.

“I was far from the perfect mother. The one thing I can always say, everything I did, I did with their best interest at heart.”

The 52-year-old actress-and-singer left home at 18 to pursue a career in acting.

After rising to fame, Jennifer claimed she nearly quit showbiz after she was mocked over her curvy bum.

The ‘On The Floor’ hitmaker was propelled to fame at a time when the celebrity body ideal was super-skinny and said not fitting the mould contributed to pushing her to the verge of giving up her dreams.

She said elsewhere in the film: “There were many times where I was just like, ‘I think I’m just going to quit’. I had to really figure out who I was. And believe in that and not believe in anything else.

“When I started working, the beauty ideal was very thin, blonde, tall, not a lot of curves. I grew up around women with curves so it was nothing I was ever ashamed of.

“It was hard, when you think people think you’re a joke – like a punchline. But it wound up affecting things in a way that I never intended.”

Jennifer said her fiancé Ben Affleck was shocked at the body scrutiny she was under, but she said she expected it as she was a female Latina.

The 49-year-old actor is seen on the film saying about Jennifer: “I said to her once, ‘Doesn’t this bother you?’ And she said, ‘I’m Latina, I’m a woman, I expected this’.”

The documentary also follows Jennifer in early 2020, and covers how she was livid she was forced that year to split her Super Bowl halftime performance with Shakira, 45.

Jennifer branded their joint show the “worst idea in the world” in the Amanda Micheli-helmed film.

The mother-of-two – who has 14-year-old twins Max and Emme with ex-husband Marc Anthony – said she was also ordered to compromise on using the performance to slam Donald Trump.

The day before the show, bosses told her to lose cages on stage containing child actors, as a dig at the then-US president’s border force locking immigrants behind bars.

She refused and ranted in a row with producers: “I’m trying to give you something with substance, not just us out there shaking our f****** a****.”