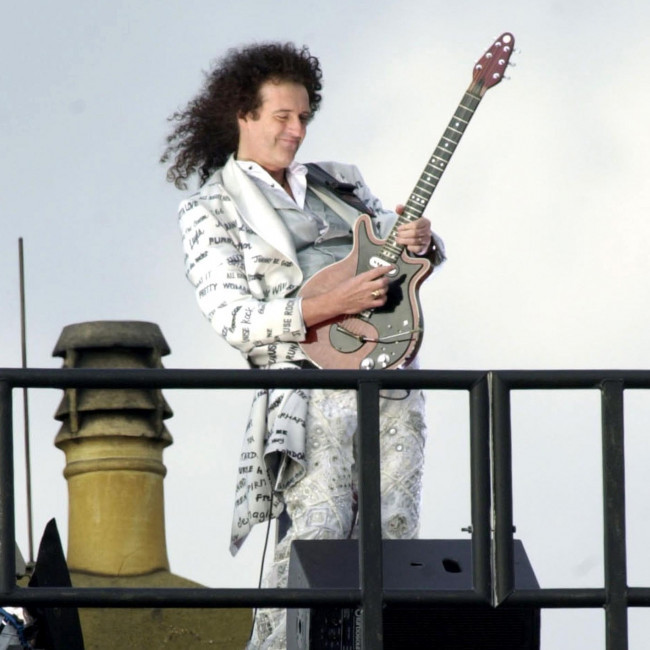 Brian May is worrying fans after admitting his entire body hurts ahead of his Platinum Jubilee concert appearance.

The Queen guitarist, 74, made the confession after sharing details of a “horrible” viral health battle in April.

He said in an Instagram post after a gig in Belfast: “Hi folks. Here I am 3 minutes after coming off stage tonight playing our second night in the fabulous SSE Arena Belfast.

“At this point everything (physically) hurts ! Because this show is at the limit of our collective energies – and something I’ve been training for all through the last 6 months. It’s right on the limit.”

One fan said online about his comment about being in pain ahead of his appearance at the Jubilee concert on Saturday with Queen and Adam Lambert: “We understand Bri, just take care of yourself.”

Another added: “Get some rest, take care of yourself, and remember how much you are respected and revered all over this big world.”

May added in his post “the inner glow of fulfilment is massively strong” as he loved “hearing that roar of passion” from his fans,

The admissions, made on Sunday, come after May was struck down with a virus in April.

He said at the time: “I’ve got a horrible virus, it's not Covid because I haven't been testing positive, but it's something that's made me quite poorly, so I haven’t been around much.”

May added his fear of breaking Covid rules had stopped him and his band doing “what we usually do and meet people” while on the road.

He said: ”We can’t do any of that this tour because we’re taking it so seriously that we could lose shows.

“We're on fierce anti-Covid protocols and I can't meet you this time around."

In 2020, May complained of suffering “relentless pain” after he was taken to hospital following a gardening injury that tore muscles in his buttocks.

He said on Instagram: “I managed to rip my gluteus maximus to shreds in a moment of overenthusiastic gardening. So suddenly I find myself in a hospital getting scanned to find out exactly how much I’ve actually damaged myself. Turns out I did a thorough job – this is a couple of days ago – and I won’t be able to walk for a while… or sleep, without a lot of assistance, because the pain is relentless.”

May with Queen and Adam Lambert is due to open the Platinum Party at the Palace concert to mark Queen Elizabeth II’s 70 years on the throne – 20 years after he performed ‘God Save the Queen’ on the Buckingham Palace roof to mark the monarch’s Golden Jubilee.