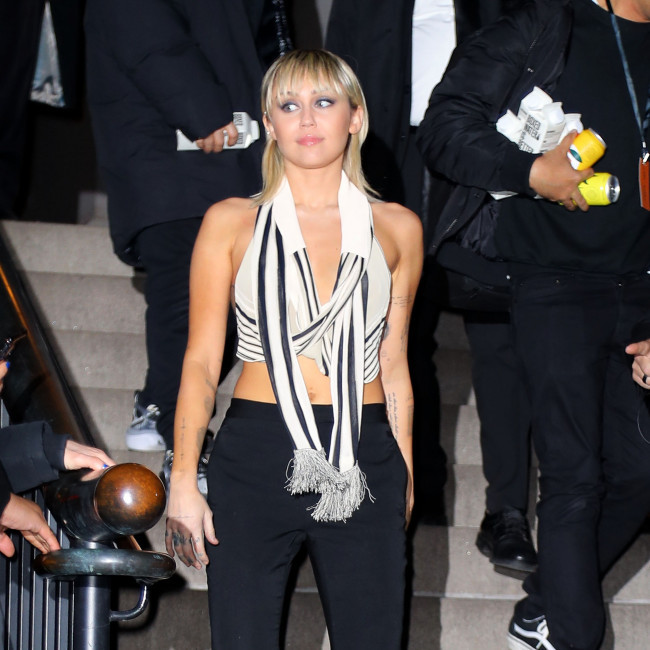 Miley Cyrus and Dolly Parton communicate with each other using fax.

The 29-year-old pop singer and her godmother starred together in a Super Bowl commercial about 5G phones earlier this year – but the advert didn’t truly reflect Dolly’s real-life approach.

During an appearance on ‘Late Night with Seth Meyers’, Miley shared: “It was amazing because, you know, she was doing it for the phones, yet every time I coordinate and kind of communicate with Dolly, it’s still through fax.

“So I don’t know what she’s talking about. She’s rarely on the phone.”

Seth, 48, joked that the Super Bowl commercial was an example of “false advertising”.

The ‘Wrecking Ball’ hitmake then tried to clarify what she meant.

Miley has also been encouraged by the country music icon to improve her own communication skills.

She explained: “I’ve started to try and make my own letters because there’s something so amazing just about a connection. It’s just not casual. You know that she took the time to get out, I guess, her typewriter.”

The singer – who also made guest appearances on the Disney show – shared: “When Hannah Montana came on the air, and little Miley Cyrus, my little goddaughter, was the star of it, I was so proud of her.