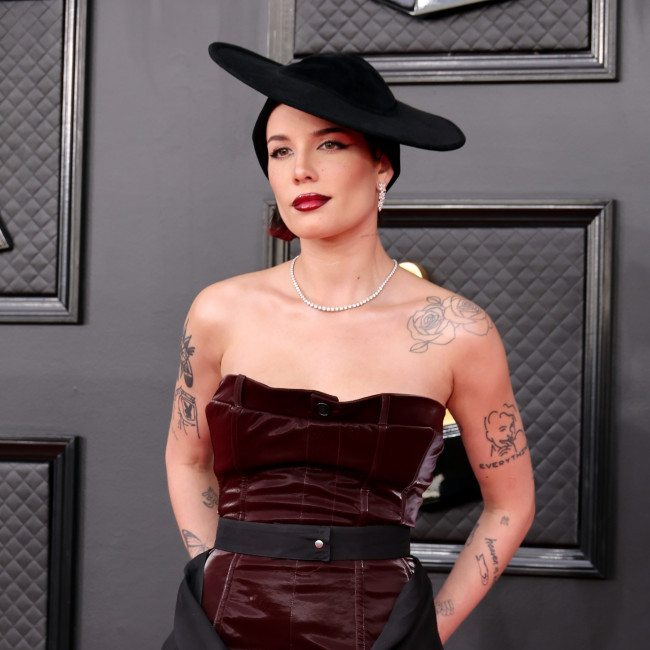 Halsey left the Grammy Awards after an hour.

The 27-year-old star had confirmed ahead of Sunday’s ceremony they were planning to attend for the first time since 2017, but the ‘Without Me’ singer warned fans they were feeling “fragile” after undergoing surgery just a few days beforehand.

And while Halsey walked the red carpet at the MGM Grand Garden Arena in Las Vegas in a strapless, belted corset dress with a draped black skirt, which was teamed with a wide-brimmed had and platform heels, they had to cut short their evening because the weren’t feeling “super well”.

The ‘Bad At Love’ singer shared on their Instagram Story: “Not feeling super well so I left early. Had to see BTS tho. Going to get some pasta and sleep. Thanks for everything luv u all.(sic)”

Halsey admitted before the ceremony they felt “fragile” but determined to be there.

In an Instagram post, the chart-topping singer – who gave birth to son Ender in July 2021 – wrote: “The last time I attended the Grammys was 2017 and it was 3 days after I had my first Endometriosis surgery. I walked the carpet with my stitches still in [laughing emoji] As luck would have it, I’m attending tomorrow for the first time in years and I had surgery again (you guessed it) 3 days ago.

“If you see me be gentle lol I’m fragile. Fragile but excited [smiling and heart emojis] (sic)”

Meanwhile, Halsey previously claimed they were treated “like a teen mom” during their pregnancy.

The music star found it difficult being pregnant while living their life in the public eye.

Halsey – who has Ender with screenwriter Alev Aydin – shared: “I’m 26, and I tried very hard for this pregnancy and it was like, I’m financially independent, I’m pretty far along in my career, it feels like the right time for me to do it. And I got treated like a teen mom a lot of the times.