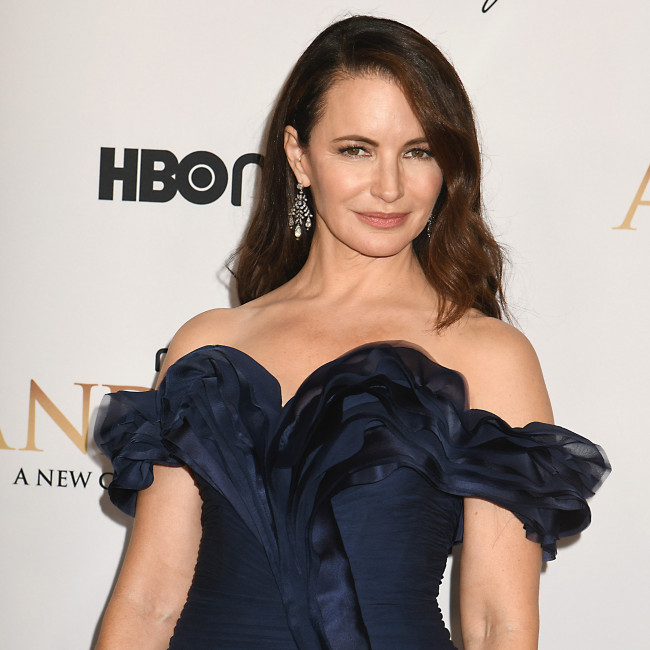 Kristin Davis "didn't think twice" about joining 'And Just Like That…'.

The 56-year-old actress has reprised the role of Charlotte Goldenblatt for the 'Sex and the City' revival series, and Kristin revealed that she had no hesitation about committing to the project.

The actress – who stars in the show alongside Sarah Jessica Parker and Cynthia Nixon – shared: "I didn't think twice."

Kristin confessed to shedding some tears during the first 'And Just Like That…' read-through.

And the actress revealed that she always remained open to reprising her most well-known on-screen role.

She said: "You know me, I'm always ready to come back!"

Kristin also insisted she's "not Charlotte" when it comes to policing what her kids wear.

The actress admitted to being "pretty loose" in comparison to her on-screen character.

Kristin – who has Gemma, ten, and Wilson, three – told E! News: "I let my older child, especially, wear whatever she wants. And the younger boy, you know, sometimes it's more about 'You need to be warm.' Like the basics, right? But I'm pretty loose."

Meanwhile, Kristin recently revealed that she auditioned for the role of Monica Geller in 'Friends'.

The Hollywood star was one of many actresses who auditioned for the iconic role, which ultimately went to Courteney Cox.

She said: "I think I was one of, like, 8,000 young ladies who read for Monica and Courteney Cox got her."

Kristin and Courteney were actually "in the same yoga class at the time" and they used to socialise together too.

She recalled: "The rest of us were, like, unemployed actor waitresses types and we would hang out after class."

Kristin can still remember Courteney's reaction to landing the role of Monica.

She shared: "One day, Courteney was like, 'Hey, guys. Do you want to come car shopping with me?'

"We were like, 'Wow, car shopping!' [Courteney] said, 'I did this pilot, I’m feeling really good about it. I think I’m going to buy a Porsche.'