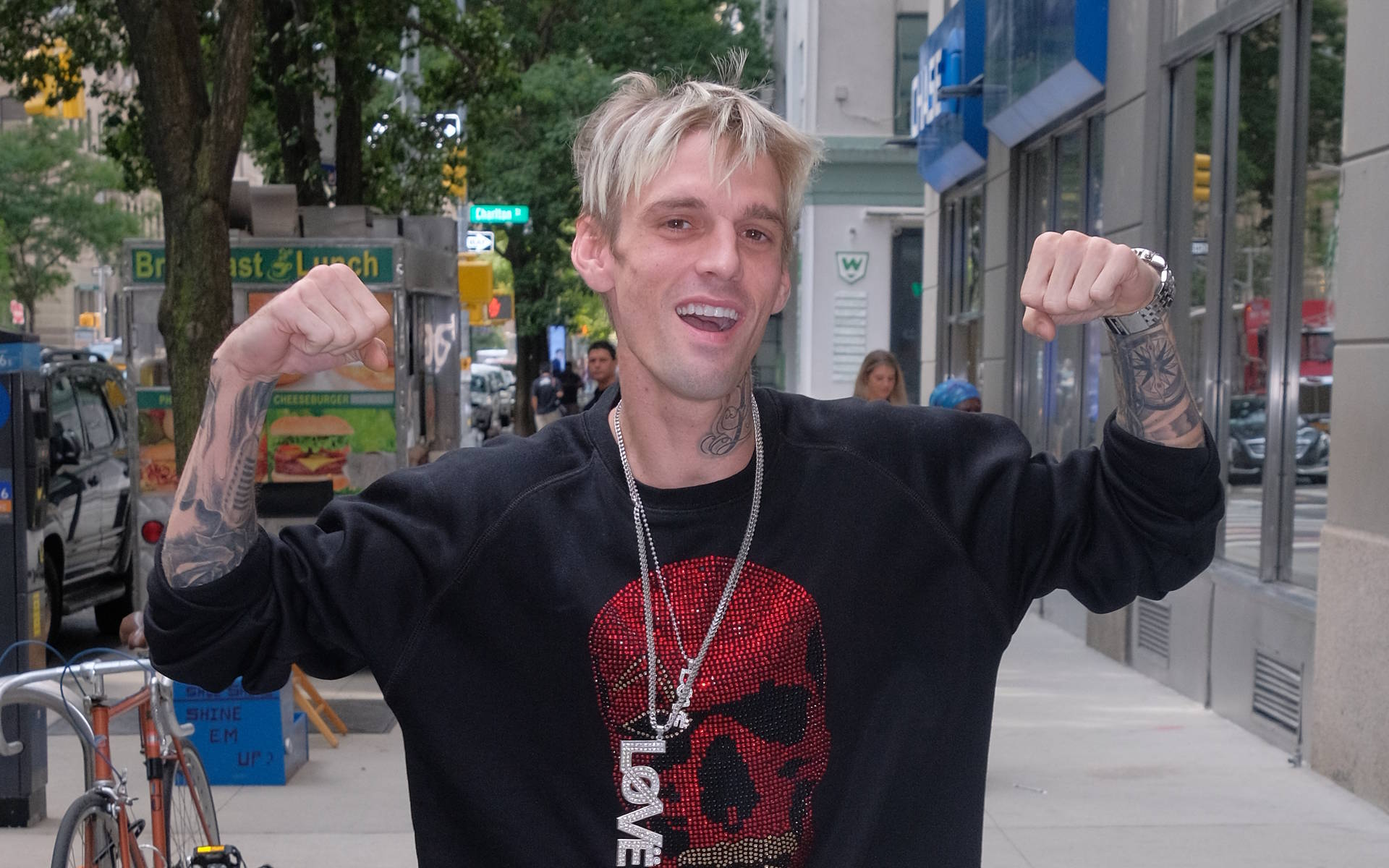 Aaron Carter has become a father for the first time.

The I Want Candy singer and his fiancee, Melanie Martin, welcomed a son named Prince Lyric on Monday (22Nov21) after the new mom underwent an emergency Caesarean section following a lengthy labor.

Sharing a photo of the newborn, Aaron wrote on Instagram: "Emergency C Section after 13 hours of labor but my (fiancee) is in great health thank you lord and the incredibly sweet loving staff here.

"Prince is precious I love you son. Your mommy loves you as I drop tears on the phone. This is me cutting his umbilical cord my precious family #[email protected] I'm so proud of you hunny you did it I Love you with all my heart my beautiful blessings from god (sic)."

The 33-year-old singer revealed earlier this month that Melanie was pregnant and due to give birth on 18 November, but at the time, the couple was expecting the baby to arrive early.

Melanie, who previously suffered a miscarriage, was warned she may have to undergo a Caesarean section, due to high-risk factors like anemia and ulcerative colitis, and the baby was in the feet-first breech position for the first six months of her pregnancy.

Aaron previously explained he and Martin had chosen to call their son Prince to honor his late friend, Michael Jackson, who used to call Carter the Prince of Pop.

Earlier on Monday, Aaron took to social media to tell followers his fiancee had checked into the hospital and was being induced for labor.