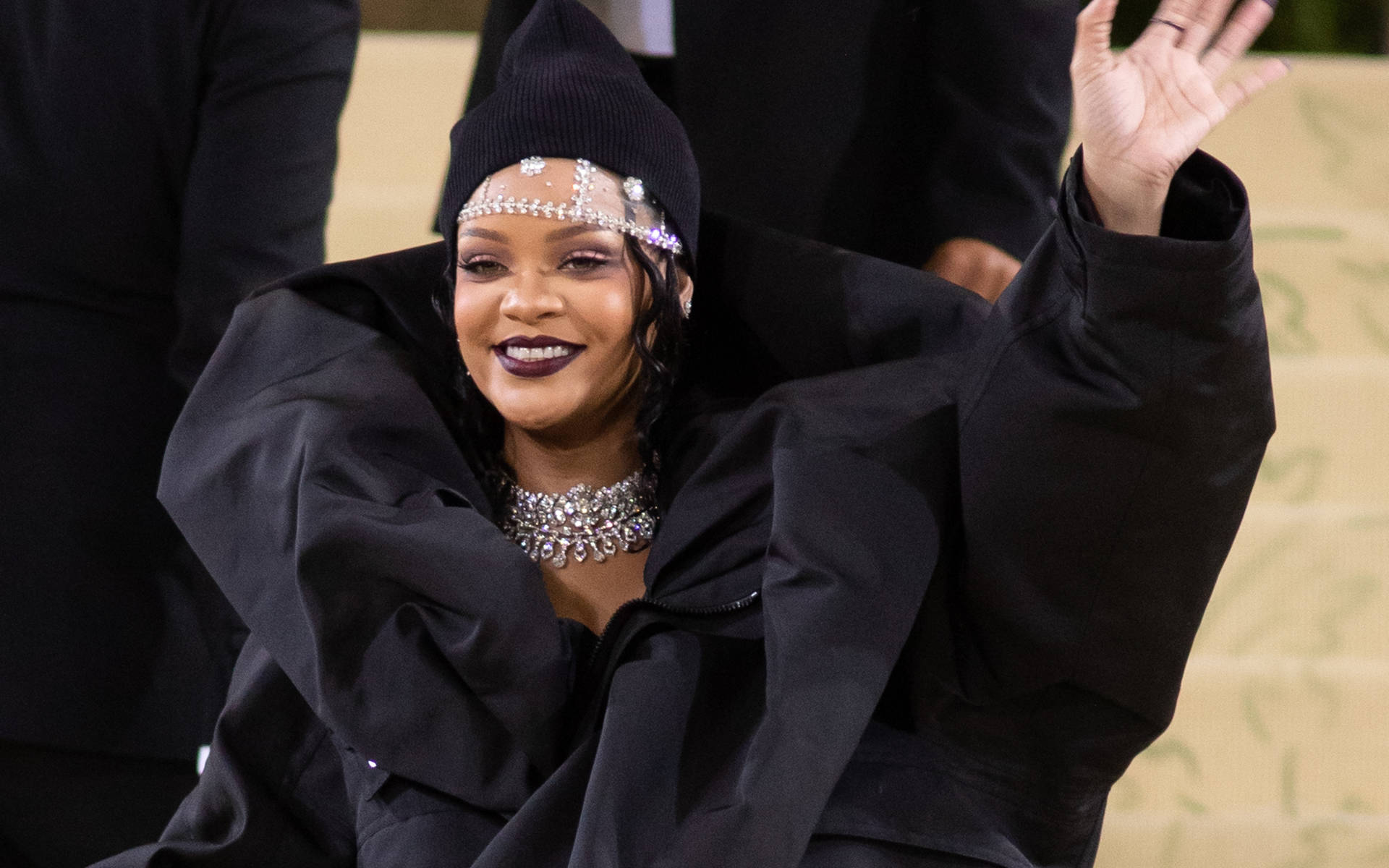 Rihanna made her Met Gala return on Monday with new beau A$AP Rocky by her side.

The pair turned heads in elaborate outfits; the Diamonds singer sported an all-black Balenciaga look with a voluminous ruffled coat and matching hat, while the rapper wore a colorful quilted look by ERL.

He later slipped out of his overcoat, revealing a black suit and white ruffled shirt to coordinate with Rihanna's number, as they held hands while posing for snaps.

The couple was first linked back in January 2020 and, following months of rumors and speculation, they went public in November 2020. Earlier this year, he called the star "the love of my life" and "the one" in a GQ interview.

The 2021 ball was co-hosted by pop star Billie Eilish, tennis player Naomi Osaka, actor Timothee Chalamet and poet Amanda Gorman, with the theme honoring design from the USA throughout the decades.

Naomi donned a colorful Louis Vuitton dress and elaborate hairstyle for the event, paying homage to her Haitian and Japanese heritage, while Amanda wore a Vera Wang dress and crystal headpiece in a Statue of Liberty inspired look.

Timothee donned a white silk suit by Haider Ackermann for the occasion, with Billie stealing the show in a billowing peach ballgown by Oscar Del La Renta with a lengthy train.

Fans were quick to comment on the ensembles, comparing his hooded sweater and sweatpants look to the style of Kim's estranged husband Kanye West – who helped design the outfits – and suggesting she based her look on the cloaked Dementors from the Harry Potter franchise.

Frank Ocean got fans talking as he showed up carrying a green robotic doll, while singer Grimes' choice to carry a sword to the festivities didn't go unnoticed.

And Lil Nas X stole the show with a total of three gold looks, including an elaborate cape, metallic gold look, and a skin-tight jeweled bodysuit.

Others took the opportunity to make a statement, with Democratic congresswoman Alexandria Ocasio-Cortez sporting a dress emblazoned with the words, "Tax the Rich," while Debbie Harry's stars and stripes look was an early fan favorite.

The Met Gala comes ahead of the opening of the exhibition Part Two, In America: An Anthology of Fashion in the American Wing period rooms at The Metropolitan Museum of Art on 5 May 2022.