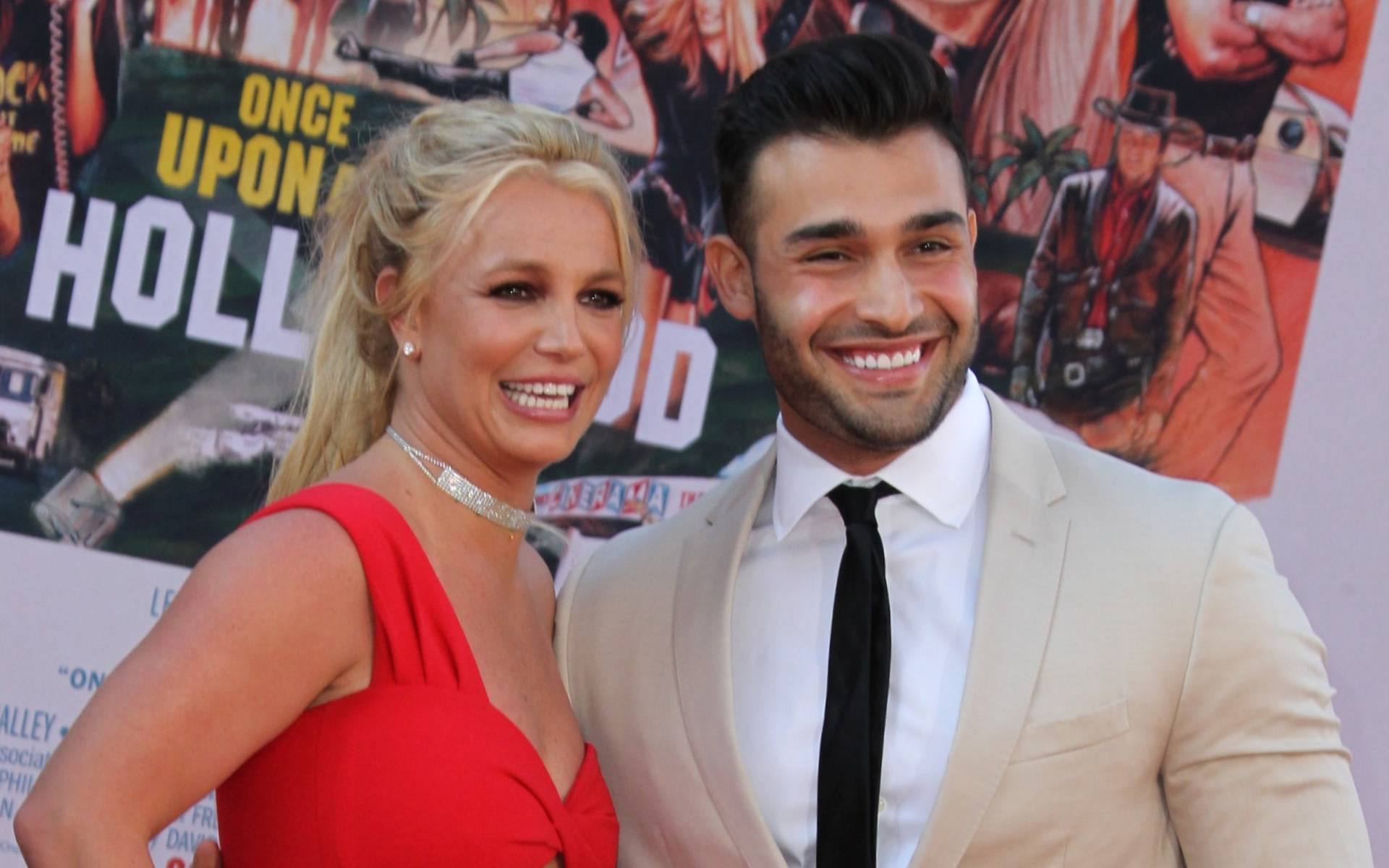 "The couple made their long-standing relationship official today and are deeply touched by the support, dedication and love expressed to them," Cohen said.

Asghari reportedly proposed at Spears' home in Los Angeles with the 4-karat round brilliant stone in a platinum cathedral setting, enhanced with a floating solitaire design. Sources claim the ring has 'Lioness' – Asghari's nickname for Spears – engraved inside the band.

The news broke just two days after Spears' new fiance shot down rumors suggesting he had asked the pop star to marry him after he appeared to post photos of an engagement ring on Instagram.

The shots, featuring a ring with the inscription 'Lioness', appeared on Friday, prompting Asghari to quickly explain his Instagram account had been hacked.

He took to his social media accounts and wrote: "Account got hacked and was photoshopped – calm down everyone!"

A source recently claimed Britney and Sam were holding off the engagement because their relationship had stalled during her restrictive conservatorship, which has been in place since 2008.

"Even though they have wanted to take the next step for a while now, Britney and Sam know it would be so much easier to do if she weren't under the restraints she's under," the source told Page Six, "but things are steadily progressing toward an engagement, that's for sure."

Last week, the Toxic singer's father stunned his daughter's fans and supporters by urging the judge overseeing her conservatorship to end the arrangement, as he made moves to step down as her guardian at the end of the month.

During testimony back in June, Britney told the court she wanted to marry her boyfriend and have a baby, but the conservatorship wouldn't allow it.

"I have an (IUD) in my body right now that won't let me have a baby and my conservators won't let me go to the doctor to take it out," she said. "I feel ganged up on. I feel bullied and I feel left out and alone… All I want is to own my money and for this to end and for my boyfriend to be able to drive me in his f**king car."

Asghari first met Spears when he appeared as her love interest in her Slumber Party music video in October, 2016.

He will become Spears' third husband – she was previously married to dancer Kevin Federline, the father of her two sons, and Jason Alexander. She was also engaged to former manager Jason Trawick in 2011.