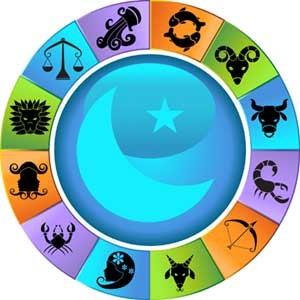 2020 is ruled by the number 4 as you add the twos together for single digit.

It is the year of the Rat in the Chinese calendar. They follow a lunar cycle so Rat year begins on Jan. 25. It is also a leap year.

The No. 4 rules land, water, green, blue and the planet Saturn.

No. 4 is like a building with four corners, so has to do with building a solid base where possible. This includes providing the necessities of life such as food and shelter, work and security.

There will be a need to be resourceful in getting the proper support or action on these matters. Make needs clear. Some will bring up the 1930s when describing conditions. Better preparations are needed.

Weather, storms, quakes, heat, fires and volcanoes etc. will create some of these problems.
Homes or other structures will be brought to the ground by natural catastrophe or demolition.

A lot of building or rebuilding will be needed. Better early warning systems should be put in place or tuned up.
Find different sources of energy or better ways to harvest and use what we have. The harvest in other senses will need attention as well to make sure there is enough food.

The year usually takes on some of the personality that rules it.

Rats are ambitious, charming, aggressive and optimistic. They are friendly and like to fit in socially with a nice sense of humour.

They are usually energetic as they scurry about. Attracted to the bright and shiny. They are busy bodies. They like to advance and keep moving.

They will leave whatever is not working for them.

They are self contained and can keep a secret unless others expect them to go down with the ship, then they will do what they must to save themselves.

There will be those called rats when they come forward to spill the beans. Those sitting on secrets will weigh the value of keeping them or not now. They like to see reward for loyalty.

Rat years are full of surprises. Pay attention to finances. Invest and preserve on all levels. There will appear to be more bounty or wealth than really exists.

This will affect the markets at times. In some areas it is just the calm before the storm.

Those who can spot real opportunity will do well in this year. Pay attention to what affects the markets. Money that comes easy will have to be diverted into something more secure as a buffer against leaner times.

Ventures begun on a well prepared base will flourish. Those started haphazardly or out on a limb with extended credit will have their day of reckoning. That’s when the rats jump ship or declare bankruptcy so to speak. Profits nibbled away cause downfalls.

Great efforts will be made to avoid war as rats don’t like to be cornered or confined. A trapped rat will jump at you if threatened.

Settle things with a little wine and cheese instead; they are social in nature. Get together in relaxed social settings to combine business with pleasure. This will work well this year. It creates a feeling of generosity.

Big ideas will be bantered about and promises made. Much talk of spreading the wealth even if it takes awhile to happen. There will be the usual political hype or creating jobs, raises or other perks etc.
Some of this will be done to boost investment or business. Some glorious speeches.

Certain words and promises taken too far as actions won’t match causing falls from grace and eventually being removed from their position one way of the other.

High profile deaths will affect the pecking order. Some long-term positions ended. Revolutionary actions will be part of this with expected results. Some have reached the end of their tolerance of control or abuse etc.

Even those classed as royals will be affected whether they got their position by blood or not. Duties change or some must stand down or step back.
Justice will need to be served as there has been waiting for this.
Rats motto is eat, drink and be merry. They avoid the tedious and mundane.

There will be great theatrical and other performances, in politics as well

Advances will be made with eyes and the ability to see with new discoveries. This can be in a figurative sense as some wake up or see the light of truth and reality. It’s time to move forward from illusions of all types.

CIA and CNN are in focus  Other No. 4s are KISS, golf, bees, honey, coral, Italy and the Nile to highlight a few.

There are many more as there is a global connection to some.