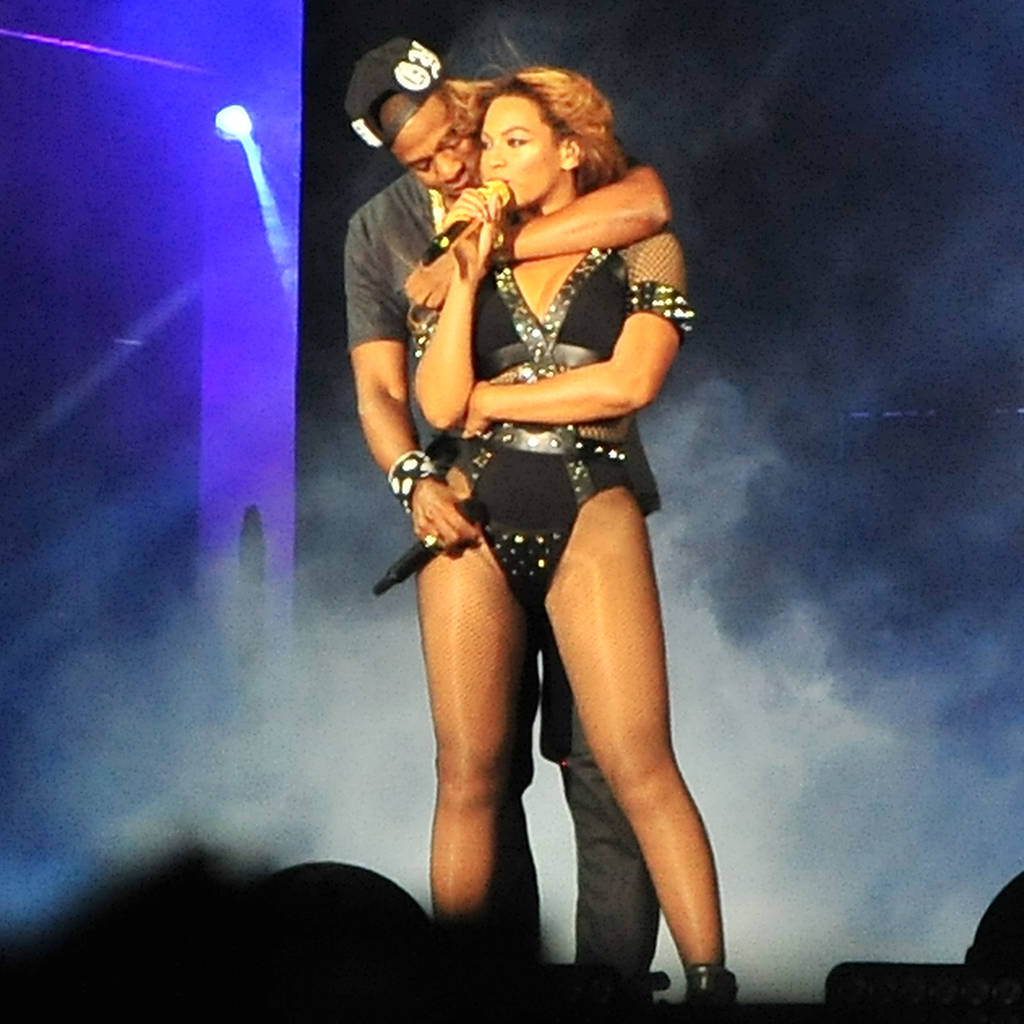 Beyonce and JAY-Z thrilled fans on the opening night of their On The Run II Tour in Wales on Wednesday night by sharing new photos of their twin babies.

The superstars launched their second joint trek in Cardiff and, just like they did on their previous On The Run Tour in 2014, they gave attendees rare glimpses into their private lives by plastering never-before-seen pictures of their family on the big screens.

This time around, the shots featured the new mom wearing her hair in beaded braids as she cradled both Sir and Rumi in her arms, while another image captured rap mogul JAY-Z holding his son and daughter, as the tots smiled at one another.

The photos of the twins, who will turn one later this month, are the first official snaps released since Beyonce debuted the siblings for six-year-old daughter Blue Ivy in an Instagram post confirming their names back in July, 2017.

Beyonce went topless for that image, wearing a billowing floral purple jacket from menswear label Palomo Spain over turquoise panties with a matching veil as she carried the kids across her chest. The snap was taken in front of a large flower display, reportedly in the garden of the married couple's former Malibu, California rental pad, which overlooked the Pacific Ocean.

The Formation hitmaker recently made her highly-anticipated concert comeback at the Coachella music festival in California in April, when she wowed the crowd with a Destiny's Child reunion and collaborations with JAY-Z and her sister Solange.

The On The Run II Tour continues in Glasgow, Scotland on Saturday, and wraps up its European leg in France on 17 July.

The North American dates begin in Cleveland, Ohio on 25 July and run until 4 October, when they hit the stage in Seattle, Washington.