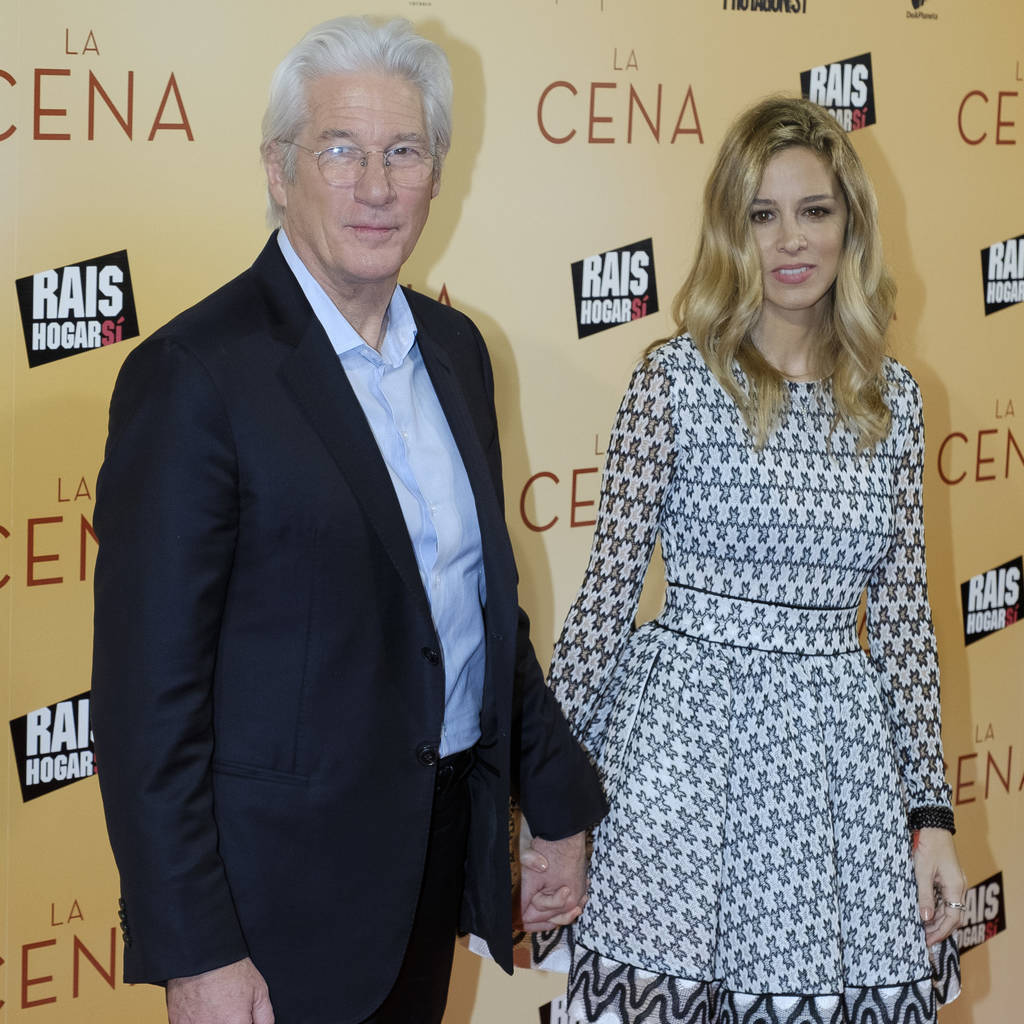 Richard Gere has declared he is the happiest man in the world after marrying third wife Alejandra Silva.

Richard, 68, wed Spanish publicist and activist Alejandra, 35, in a lavish Indian-inspired ceremony at the actor’s ranch outside New York City in April.

Talking to Hello! magazine about their big day, Richard, who was previously married to actress Carey Lowell and model Cindy Crawford, said he is still on cloud nine.

“I’m the happiest man in the universe,” he beamed. “How could I not be? I’m married to a beautiful woman who is smart, sensitive, committed to helping people, who’s fun, patient, who knows how to forgive, who’s a great cook ” and who makes the best salads in the world!

“Alejandra meditates, she’s a vegetarian, a great mother, has the touch of an angel… and she’s also Spanish: the land of kings and queens, of Cervantes and Bunuel… You can’t get any better than that.”

Alejandra also heaped praise on her movie star husband, admitting she feels like she’s living in a “true fairytale”.

The couple met in 2014 when the Pretty Woman actor stayed in Alejandra’s family-owned hotel in Positano, Italy, and a friend introduced them.

“I feel like I’m in a true fairytale,” Alejandra shared. “Without a doubt, I feel like the luckiest woman in the world.

“He is the most humble, sensitive, affectionate, attentive, funny, generous man that I’ve ever met. What can I say? I’m so in love! How would you feel if each morning you were asked: “What would make you happy today?’ Not a day goes by that he doesn’t mention how important I am to him. I feel very lucky.”