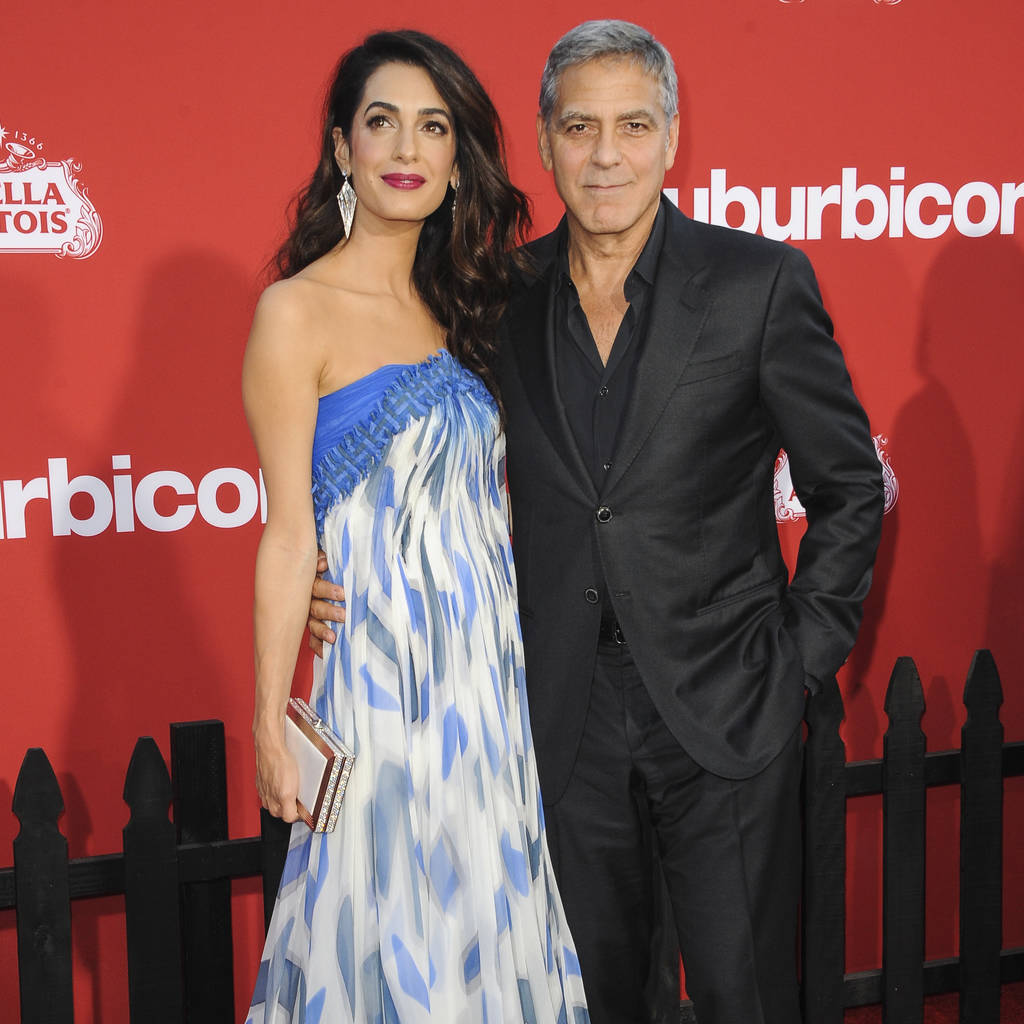 The 40-year-old human rights lawyer gave birth to Ella and Alexander last June, meaning the duo are fast approaching their first birthday. Speaking to Vogue magazine about the pair, Amal revealed that George worked with his children to make sure they referenced their mother with their very first uttering.

"We've had some "mamas' and "dadas'," Amal told the publication. "George was very careful to ensure that "mama' was the first word."

While Amal covers the May issue of the publication solo, George joined her for the interview, and had the opportunity to gush about his spouse and the work that she does.

"She's the professional, and I'm the amateur," he smiled. "I get to see someone at the absolute top of their game doing their job better than anybody I've ever seen."

He also recalled the first time he met Amal at his home in Lake Como, Italy, and said that while he was initially taken with her beauty, he soon became enamoured by her intelligence.

"I also thought she was fascinating, and I thought she was brilliant," he continued. "Her life was incredibly exciting – the clients she was taking on and the superhuman work that she was doing. I was taken with her from the moment I saw her."

Both Amal and George hadn't been looking for love when they met each other, but knew they couldn't ignore their instant chemistry and bond.

"It felt like the most natural thing in the world," Amal said. "Before that experience, I always hoped there could be love that was overwhelming and didn't require any weighing or decision-making.

"I was 35 when I met him. It wasn't obvious that it was going to happen for me. And I wasn't willing or excited about the idea of getting married or having a family in the absence of that."

And George, who had been married once before, to actress Talia Balsam in his late 20s, added: "If you know anything about my crazy life, you know that I'd pretty much committed to the idea of never marrying again. But I started dating Amal, and I immediately knew that something was very different."