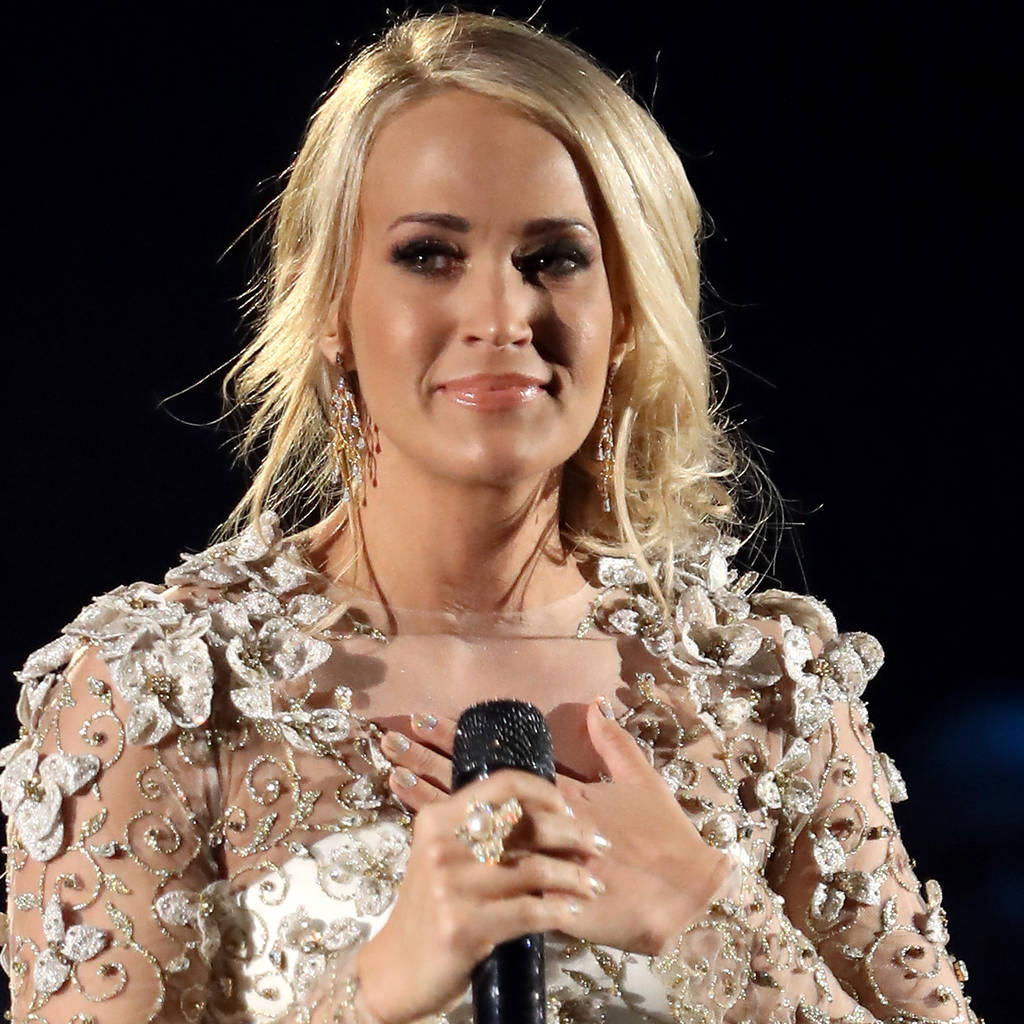 Carrie Underwood will make her first public appearance since her face was stitched back together following a horror fall in November at the Academy of Country Music Awards.

The star, who suffered wrist and facial injuries, will make her return to the stage at the Las Vegas prizegiving on Sunday, when she’ll debut her new single.

The Before He Cheats singer required over 40 stitches to her face following the fall at her home in Tennessee.

Underwood recently shared a picture of herself in the studio and a photo of her first rehearsal since her accident, but there were no signs from the images that there are any lasting scars or marks from the accident.

But the 35-year-old country star has kept selfies and photos of herself to a minimum of late and still hasn’t bared her full face after warning fans she might not look the same the next time they see her.

Carrie fell on the steps of her house in Nashville, Tennessee, breaking her wrist and injuring her face.

“I’ll spare you the gruesome details, but when I came out of surgery the night of my fall, the doctor told (husband) Mike (Fisher) that he had put between 40 and 50 stitches in,” she told fans in January.

More recently she assured followers that she was recovering but “not quite looking the same”.

But Below Deck star Adrienne Gang told Carrie’s fans not to worry after posting a gym shot of herself with the singer a month after the accident, insisting, “she is adorable and so gracious…”

The actress also claimed the singer looked “amazing”, adding she had “no clue” Underwood had been injured.