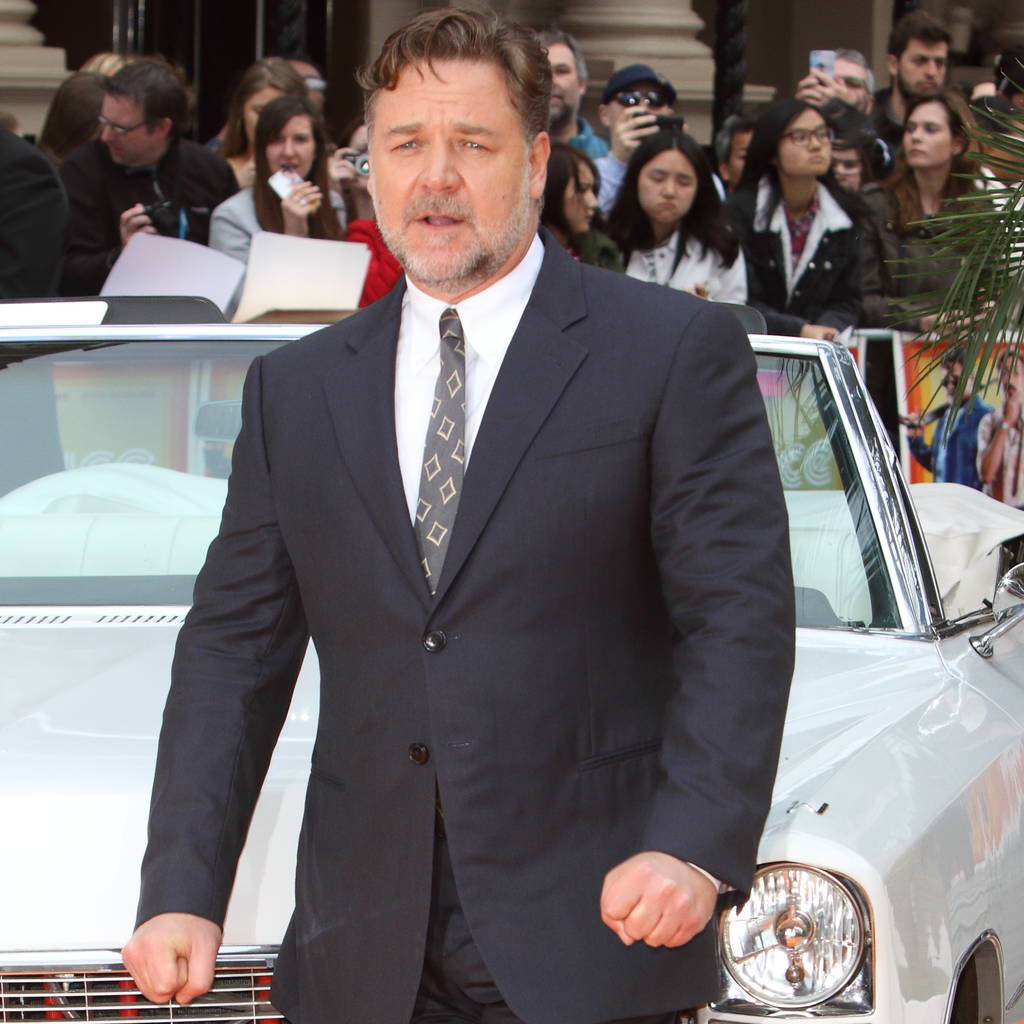 The 54-year-old star gave fans the chance to buy 227 items he's collected over his decades-long film career in a sale he called The Art of Divorce – as his decision to have a clear out was inspired by his 2012 separation from wife Danielle Spencer.

Crowe live-streamed the auction at Sotheby's Australia on Saturday on his Facebook page, and one unusual item in particular attracted frenzied bidding.

A leather jock strap the actor wore in the 2005 drama Cinderella Man fetched $7,000 and proved to be the most popular piece in the run up to the auction.

"I put it in the collection as a piece of whimsy and a bit of a gag. Funny enough, it's garnered a lot of attention," Crowe joked.

Among the other items was his death armor worn for his Oscar-winning performance in Gladiator, which was sold for $125,000, while another piece from the Ridley Scott directed movie, a Roman chariot replica, made $65,000.

Crowe, who also celebrated his birthday on the same day of the sale, updated fans with the success of the auction on Twitter.

"In case anyone is interested… $3.7m at the coal face and around $350k of conversations ongoing… and a bunch of stuff I didn't really want to sell coming home… not a bad hourly rate for a 5 hour shift. Hope you are happy and busy," he posted.

The most sentimental item up for sale was an 1890 Leandro Bisiach violin that Crowe used in Master and Commander, which sold for $150,000.

"Even though my intentions were kind of grand, the reality is I haven't picked up this violin with any seriousness since that film ended in 2002," Crowe told Britain's breakfast TV show Good Morning Britain prior to the sale. "It just sits in my office, staring accusingly at me from across the room, gathering dust. And it shouldn't… It should be played by somebody fabulous."

Crowe and Spencer split in October 2012, more than 20 years after they first began dating. The couple, who wed in April 2003, share two children, sons Charles, 14, and Tennyson, 11.