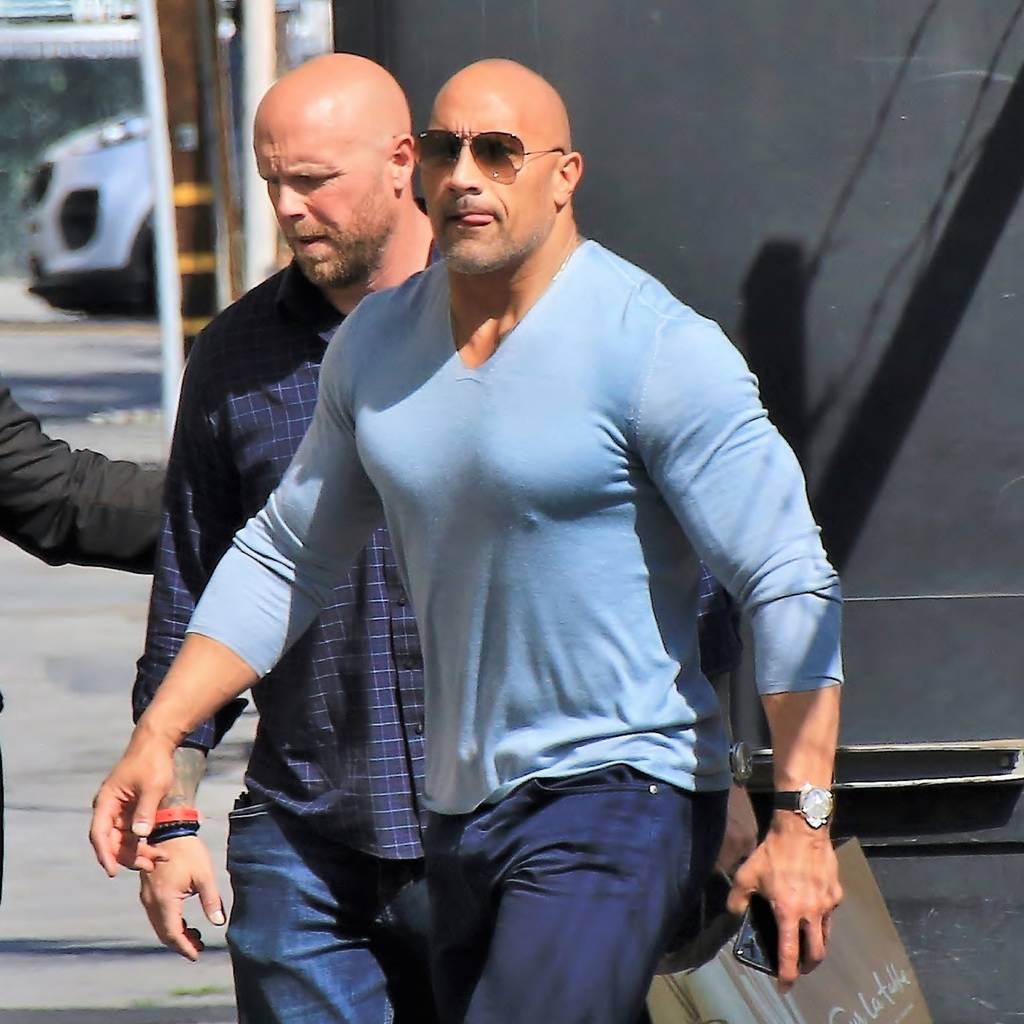 Dwayne Johnson will be on "red alert" during his international Rampage press tour as his girlfriend is due to give birth in a few weeks.

The Fast and Furious actor announced last year that he was expecting his second child with girlfriend Lauren Hashian, and he revealed on Jimmy Kimmel Live! on Tuesday night that the baby girl is due to arrive on 25 April.

Over the next couple of weeks, Dwayne will be heading to locations such as Shanghai and London to promote his latest action movie, and he knows it's risky to be so far away so close to the birth, but he hopes the baby comes when she is supposed to.

"I'm ready to go. I'm ready (for the baby's arrival)," he said. "We're expecting probably within the next two weeks so I'm on Code Red, high alert. We went to the baby doctors today and everything is good and looking great, and so now, this Friday, I have got to go to Shanghai."

Host Jimmy then interjected, stating that Dwayne couldn't possibly go so far away from the United States. However, the star explained that he's under obligation to go.

"We have an understanding," he insisted. "The doctor said we're gonna be O.K. The baby should be born when it's due, which is April 25. So, we'll see. We're taking a chance here. We're taking a shot."

Dwayne then jokingly asked Jimmy to help deliver the baby if she comes early and he doesn't get back in time.

At the start of the interview, the 45-year-old pranked the talk show presenter by pretending that the baby had arrived on Sunday, April Fools' Day. He created an elaborate story about how Lauren woke him up in the night to say it was time to head to the hospital and once they'd organised everything and were in the car, she yelled, "April Fools!"

"It's so insane, literally, that story I just told you is complete bulls**t. April Fools!" Dwayne later confessed.

The action star and Lauren are also parents to two-year-old Jasmine, while he has a 16-year-old daughter named Simone from his previous marriage to Dany Garcia.