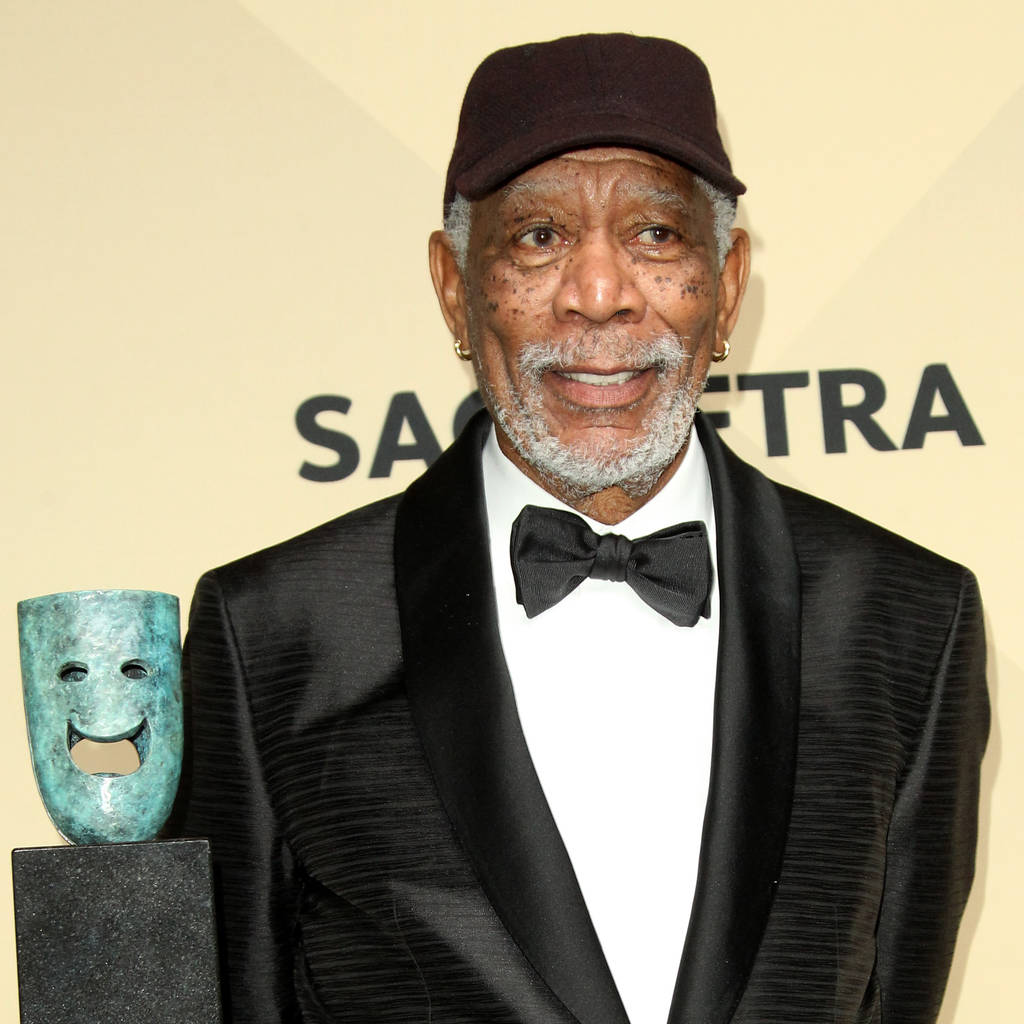 The veteran actor, who was honored for a lifetime of successful movies including Invictus and The Shawshank Redemption, took to the stage at the Shrine Auditorium in Los Angeles to accept a Lifetime Achievement award at the star-studded event when he became distracted by someone in the front row who was chatting and distracting him.

In a video of the moment obtained by website TMZ, the actor had just begun his acceptance speech when he suddenly stopped to address someone in the front row.

"These moments in your life… hey I'm talking to you, hey… ok, well you just stand out to me that's all…", he said. Seemingly satisfied that the unidentified culprit had got the message, Morgan restarted his speech.

"These moments in one's life usually call for an entire litany of thank you's," he said. "I can't do that because I don't know all of your names. So I won't try."

The 80-year-old, who was presented with the award by his longtime friend and EGOT (Emmy, Golden Globe, Oscar and Tony Award) winner Rita Moreno, also did his bit for gender equality, calling out SAG for its "gender-specific" winners' trophies.

"From the back, they're fine," Morgan said. "From the front, it's gender-specific", he added, referring to the trophy's masculine design.

The annual show put the spotlight on women on Sunday, hiring its first-ever host, Frozen actress Kristen Bell, and handing all the award presenting duties to female stars.

British actress Claire Foy was among the winners, beating The Handmaid's Tale favourite Elisabeth Moss to win best actress in a drama series for her role in Netflix hit The Crown. And Australian star Nicole Kidman picked up her first ever SAG Award for best actress in a TV movie or limited series for her role in hit HBO show Big Little Lies, after missing out on 10 previous occasions.