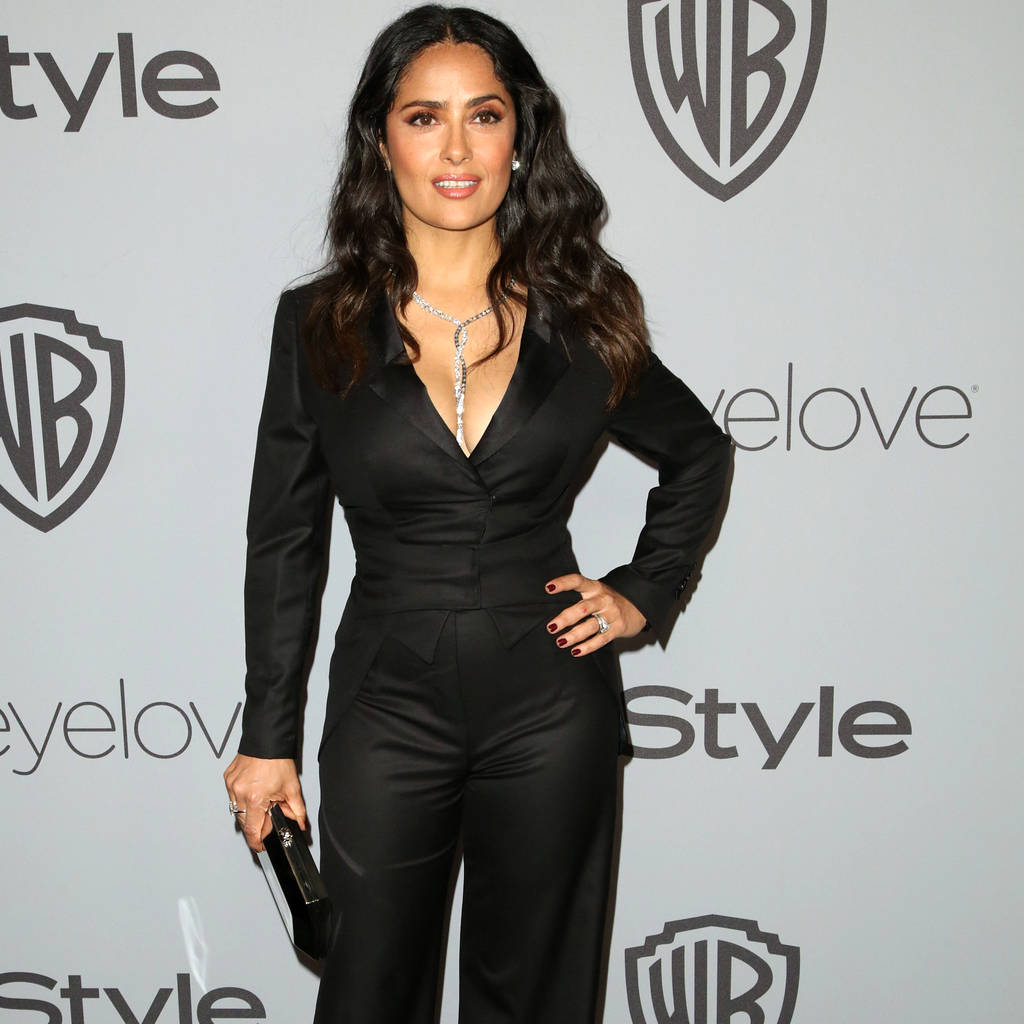 Salma Hayek shared a touching tribute to her dog Lupe after she announced her death on Instagram.

The 51-year-old actress has previously described Lupe as her best friend and "greatest companion," and has even claimed that the Mexican street dog she rescued "saved" her.

Salma uploaded a photo of her cuddling her beloved friend, and wrote, "With my heart filled with love and pain I had to say goodbye to my Lupe," she shared to her 5.6 million followers. "I am so grateful for the 18 years she enriched my life with her great spirit.

"I have no words or tears to describe how much she meant to me. May she run free with my pack of dogs that are already waiting for her in dog heaven."

The Mexican film star concluded the post by translating her moving words into Spanish.

Salma mourned the loss of another dog two years ago, after a neighbor shot and killed her nine-year-old pooch Mozart. Salma's neighbors alleged the animal ran into their garage and attacked their own dogs, but the film star insisted that Mozart was not violent, reported The Associated Press.

The Oscar nominee is a well-known animal lover and has often spoken openly about her love for her pets.

"I have five horses, four alpacas, one cat, eight dogs, one hamster, five parrots, two fish, I'm sure I'm forgetting something!" she laughed, when she was a guest on The Ellen DeGeneres show in 2013.

"You know this is like the Oscars, you forgetting someone. Oh, I forgot! I have bunny rabbits, I have turkeys, 20 chickens, same with the rabbits."