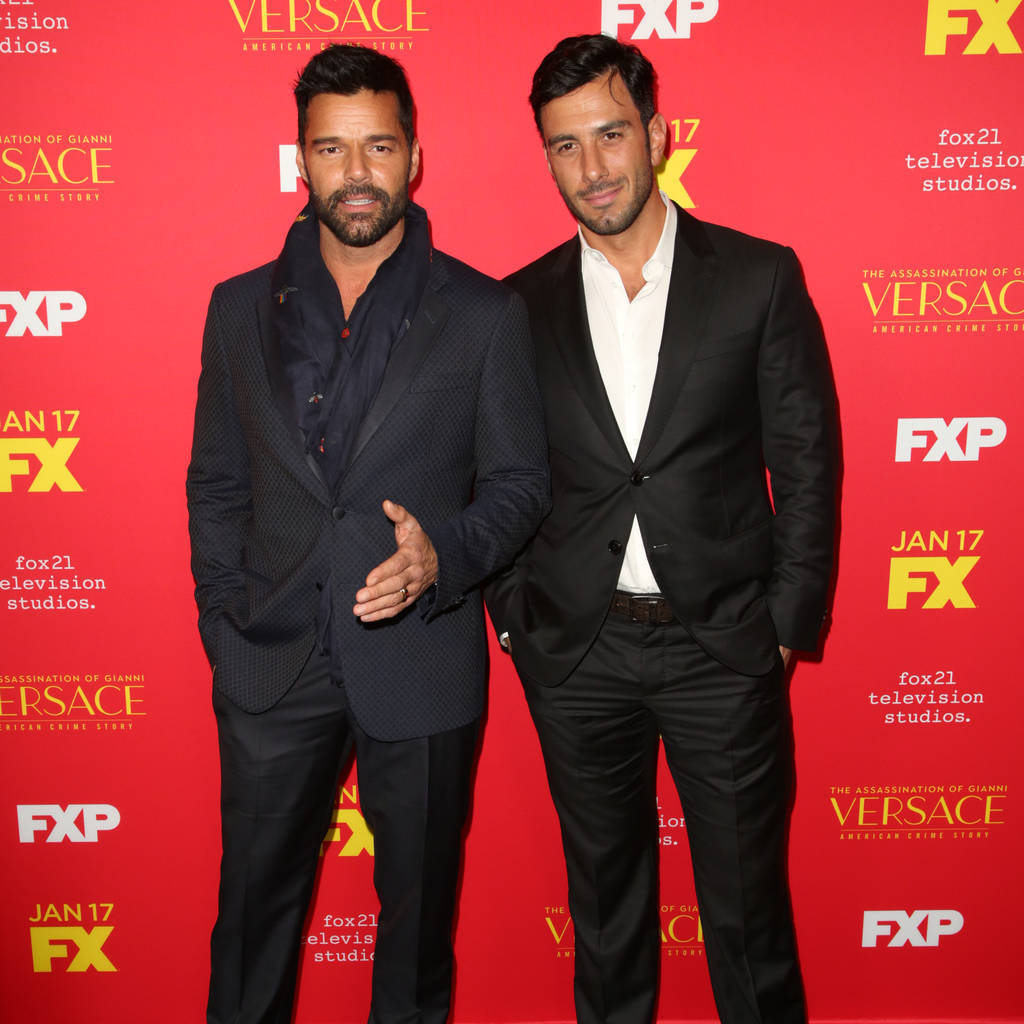 The singer revealed on Wednesday that he and longtime partner Jwan Yosef have tied the knot.

“I’m a husband, but we’re doing a heavy party in a couple of months, I’ll let you know,” the Livin’ La Vida Loca singer told E! News. “We exchanged vows, and we’ve swear (sic) everything, and we’ve signed all the papers that we needed to sign, prenups and everything.”

“He’s a conceptual artist and I’m a collector, so I started looking for art and I saw his art and I went crazy because I really love what he does,” Ricky told pal Ellen DeGeneres shortly after he moved in with his then-boyfriend. “Then I contacted him. I had no idea what he looked like, and then I saw what he looked like and I’m like, ‘Yeah’.”

Martin proposed last year, and revealed it was one of the most nerve-wracking things ever, adding, “I got on my knees and I took out the little metal box – I just had it (the ring) in a little velvet pouch – and instead of saying, ‘Would you marry me?’ I said, ‘I got you something!’ Bad! And then he was like, ‘Yes?’ I said, ‘I want to spend my life with you’, and he was like, ‘What is the question?’ ‘Would you marry me?’ That’s it.”

The couple recently spent the holidays together with Ricky’s nine-year-old twins Matteo and Valentino in the singer’s native Puerto Rico.