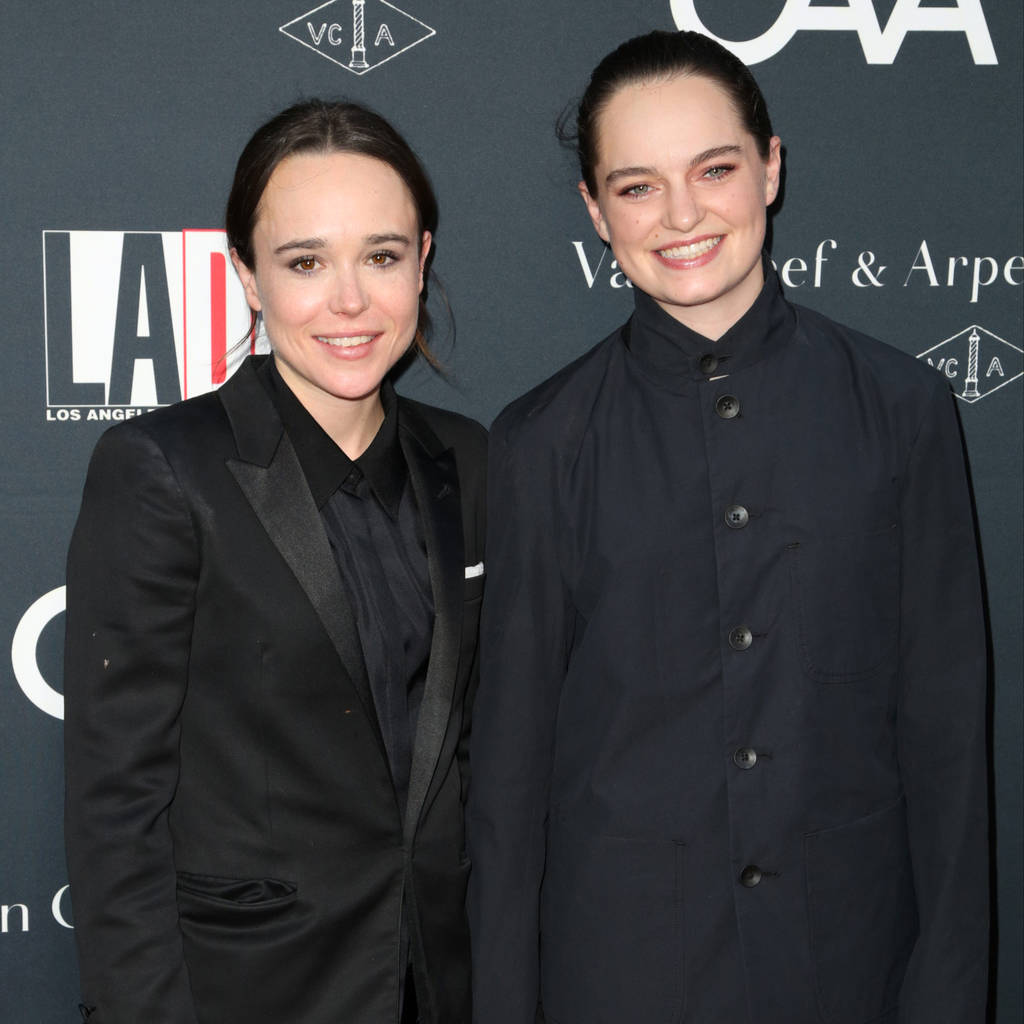 The Juno star took to Instagram on Wednesday to share her joy at the new union by posting a photo of their left hands, with their gold wedding bands clearly displayed.

"Can't believe I get to call this extraordinary woman my wife," she captioned the image, accompanied by a snap of the couple leaning in to kiss, as well as another candid picture of Emma taken outdoors.

Ellen's new wife posted similar shots on her own page, and wrote: "I get to call this incredible woman MY WIFE! @ellenpage I LOVE YOU!"

A representative for the actress has confirmed the marriage to People.com, but further details about when and where the nuptials took place have yet to be revealed.

Ellen, 30, only went public with the romance last summer, when she began exchanging messages with the dance teacher on social media. They even recorded a cover of Britney Spears' track Lucky together, before sealing their relationship with a kiss during an outing in West Hollywood in July.

She previously dated artist Samantha Thomas, who she was last photographed with in January, 2017.

Page revealed she was a lesbian in 2014, while delivering a moving speech at a Human Rights Campaign rally, and admitted during an interview with Britain's Metro newspaper in 2016 that her acting career has become much more satisfying since she came out.

"I feel more excited and inspired and in love with my job than I ever have," she told the newspaper. "I think a huge part of that is having your authentic self be aligned with your creative self."