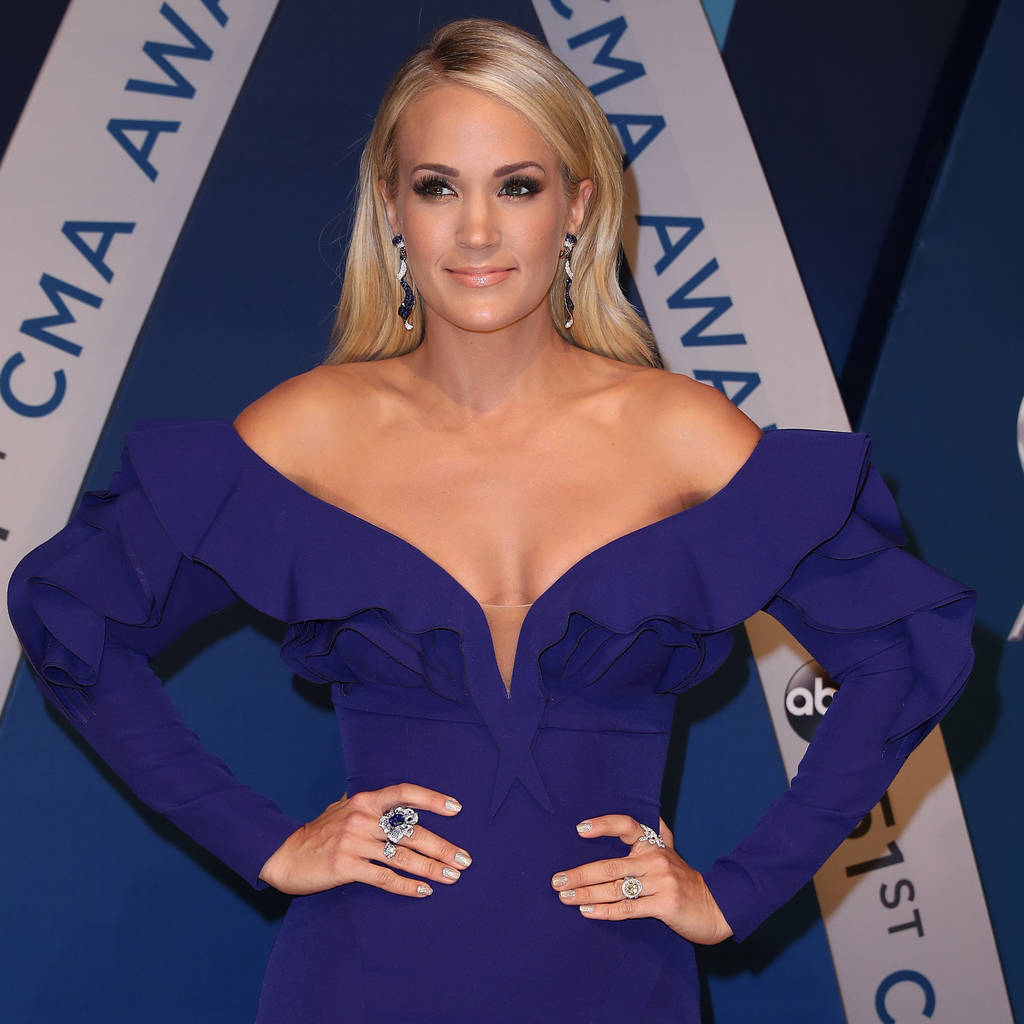 The singer previously revealed she had undergone surgery following the scary fall at her home in Nashville, Tennessee, but in a New Year's letter to fans she opened up about the full extent of her injuries.

"In addition to breaking my wrist, I somehow managed to injure my face as well," she wrote. "I'll spare you the gruesome details, but when I came out of surgery the night of my fall, the doctor told Mike (Fisher, husband) that he had put between 40 and 50 stitches in.

"Now, here we are 7 weeks later and, even though I've had the best people helping me, I'm still healing and not quite looking the same. I honestly don't know how things are going to end up but I do know this: I am grateful. I am grateful that it wasn't much, much worse."

Carrie also revealed she's heading back to work next week after scrapping a handful of appearances last year.

"When I am ready to get in front of a camera, I want you all to understand why I might look a bit different," she added. "I'm hoping that, by then, the differences are minimal, but, again, I just don't know how it's all going to end up."

The country star has been relatively quiet on social media since the accident on 14 November, and hadn't shared any recent pictures of herself. But last week, Carrie posted a picture of herself which showed her face almost completely covered by a hat and scarf as she enjoyed a snowy break with her husband and their son Isaiah.

However, a photo of Carrie with reality TV star Adrienne Gang was taken last month, and the Below Deck star said she didn't even know the singer had been injured.