Khloe Kardashian tuned into the season premiere of Keeping Up with the Kardashians with her ex-boyfriend Tristan Thompson on Thursday night, but admitted it was “awkward” watching it with him. The 35-year-old reality star shares daughter True with her basketball player ex, and it’s believed the family have been isolating together during the coronavirus lockdown […]

Cara Delevingne and Ashley Benson debuted their new foster puppy as they hit the grocery store in Los Angeles amid the coronavirus lockdown. The Suicide Squad star and her girlfriend shopped for groceries at Erewhon Market on Thursday afternoon, with Pretty Little Liars star Ashley carrying the pup in her arms. In an Instagram post, the […]

Mandy Moore is being sued for $150,000 by a paparazzi photographer after allegedly sharing one of his snaps on her Instagram page. Josiah Kamau filed legal papers on Thursday, accusing the This Is Us star of copyright infringement by posting a picture he took of her in New York in 2019 on her Instagram Story. […]

Rachel Bilson apologizes for her 2006 breakup with Adam Brody

Rachel Bilson has apologized to fans of The O.C. who are still heartbroken over her 2006 breakup with Adam Brody. The pair dated from 2003 to 2006, after meeting on the set of the popular teen drama TV series, but after a writer at InStyle magazine said the couples split "basically ruined high school for […]

Meghan, Duchess of Sussex has secured her first post-royal job, as the narrator of an upcoming Disney documentary on elephants. The 38-year-old ex-actress and her husband, Prince Harry, announced plans to step down as senior members of the royal family earlier this year, and now Disney chiefs have announced a major coup after landing the […]

Kourtney Kardashian deleted her 10-year-old son Mason's Instagram account because she was worried about the effect of trolls' "mean" comments. Mason, the eldest child of Kourtney and her ex-boyfriend Scott Disick, took to Instagram Live earlier this week to share a few tidbits about his famous family – including the fact that his aunt Kylie […]

Miley Cyrus realized a big dream on Wednesday when she interviewed Hilary Duff as part of her daily Bright Minded Internet show. The two actresses and pop stars gushed about their love for each other after Miley shared footage of the pair chatting to each other on a teen show 15 years ago and the Wrecking […]

Demi Lovato has reportedly found love again with U.S. soap opera star Max Ehrich. The pop star has been single since ending her brief fling with model Austin Wilson, but sources tell Us Weekly the Sorry Not Sorry hitmaker, 27, is dating the Young and the Restless actor. The couple has been flirting with each […]

Dan Levy has urged fans of his hit TV show Schitt's Creek not to visit the town where it was filmed amid the coronavirus pandemic. The program, co-created by Dan and his father Eugene Levy for Canada's CBC Television, has become a massive hit for Netflix, and is currently airing its final season in the […]

Conservationist Bindi Irwin has married fiance Chandler Powell, just hours before Australia’s coronavirus lockdown on the number of guests at weddings came into play. The 21-year-old daughter of late Crocodile Hunter Steve Irwin is said to have exchanged vows with Chandler at Australia Zoo on Tuesday, with images showing a white dress – presumably Bindi’s wedding […] 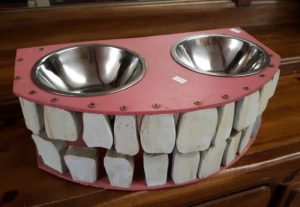 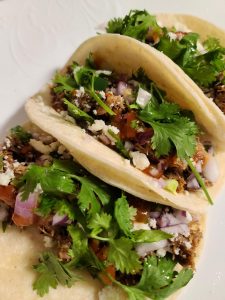