Ellen DeGeneres is returning to TV after her daytime U.S. show was shut down by the coronavirus lockdown. The Finding Dory star will host The Ellen DeGeneres Show from her home from Monday, and she has secured Jennifer Lopez as her first remote guest. “Since going into quarantine two weeks ago, I’ve been doing my […]

Harry Styles relying on mom to get him through L.A. lockdown

Harry Styles is checking in with his mom and sister on FaceTime every day to help him cope while he is stuck in lockdown in Los Angeles due to the coronavirus pandemic. The Sign of the Times hitmaker, 26, was due to return to his native U.K. last month ahead of a new tour, but travel […]

Jesse Eisenberg: ‘I’m not on social media and I never will be’

Jesse Eisenberg doesn’t understand “the appeal of social media”, insisting he has “no desire” to engage with his fans. The 36-year-old, who starred as Facebook founder Mark Zuckerberg in 2010 movie The Social Network, told NME.com that he has a very strong view on sites such as the aforementioned, Twitter and Instagram, and won’t be […]

Kourtney Kardashian clapped back at allegations surrounding her work ethic in a series of tweets on Thursday night. The reality TV star, 40, hit back at critics as she and sister Kim butted heads over long-simmering tensions about the Poosh creator's boundaries when it comes to filming their reality show. During Sunday's season 18 premiere of Keeping […]

Reese Witherspoon's fashion company Draper James is donating 250 dresses to teachers across the U.S. as they continue to educate kids using technology during the Covid-19 quarantine period. As World Health Organization (WHO) officials urge people to stay indoors and practice social distancing, schools worldwide are closing their doors to students, and taking their lessons […]

Chuck D hasn't fired Flavor Flav from Public Enemy as he insisted their feud was just a publicity stunt to promote the group's new album. The pair's relationship looked to have broken down last month, with the rapper announcing he was firing his old colleague after Flav sent a cease and desist letter over the […]

Heidi Klum: ‘I feel happy with who and how I am’

Heidi Klum has finally learned to be happy with who she is, after years of "struggling" with food. The 46-year-old model opened up to Red magazine about how life has changed in her later years, admitting that she's now comfortable with herself – which has a lot to do with overcoming her issues surrounding eating. […]

Brad Pitt's topless scene in Quentin Tarantino's 2019 movie Once Upon a Time in Hollywood was the star's idea. Pitt scooped numerous Best Supporting Actor prizes for his performance in the flick earlier this year, including a BAFTA, Golden Globe, and Academy Award. One of the most recognizable scenes from the movie, thanks to numerous […]

James Corden: ‘Homeschooling is a nightmare’ 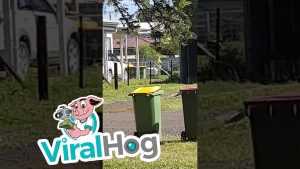 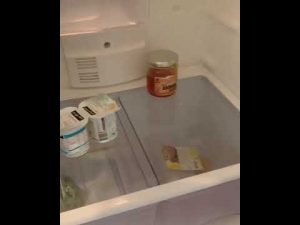