Gwen Stefani discovered that Blake Shelton’s ex was her superfan

Blake Shelton once dated someone who was a huge fan of his current girlfriend Gwen Stefani. The 48-year-old started dating her The Voice co-star in November 2015 after splitting from her husband of 13 years Gavin Rossdale earlier that year. But when delving into Blake's romantic history, Gwen wasn't expecting to discover that she was […]

Blake Shelton and Gwen Stefani surprised concertgoers in Las Vegas by putting on an impromptu show over the weekend. The couple attended the Academy of Country Music Awards together on Sunday and following the prizegiving Shelton announced on Twitter he was hosting a free concert at the House of Blues with "friends". He ended up […]

Ed Sheeran, Taylor Swift and Kendrick Lamar look set to dominate the 2018 Billboard Music Awards after earning a host of major nominations. All three received nods in the prestigious Top Artist category alongside Drake and Bruno Mars, and are also up for Top Female and Top Male Artist respectively. Ed, Kendrick, Drake, and Bruno […]

Blake Shelton has considered marrying Gwen Stefani but is in no rush to settle down with the singer. The country star spoke with CMT during the Academy of Country Music Awards on Sunday and revealed he is open to tying the knot with his girlfriend, who he began dating in 2015. "I think about it […]

Mariah Carey is reportedly facing an employment and civil rights lawsuit filed by her former manager Stella Bulochnikov. Stella, who also goes by marital name Stolper, has filed legal documents stating she is planning to sue Mariah for alleged violations of the U.S. Civil Rights Act, the Fair Employment and Housing Act and breach of […]

Ricky Martin makes a point of talking to his children every day about how each family is different. The Puerto Rican singer welcomed twin boys Matteo and Valentino via a surrogate back in 2008, and married Syrian-Swedish artist Jwan Yosef earlier this year. Ricky may have taken an unconventional route by choosing to be a […]

Beyonce stunned the Coachella crowds on Saturday night with a Destiny’s Child reunion as she closed out a spectacular set backed by an army of dancers, a full marching band and drum line. She kicked off her headlining set, which she was forced to cancel a year ago when she fell pregnant, by marching along […]

Shania Twain has changed her live shows to avoid risking a Lyme disease flare-up. The Still the One singer hits the road as part of her Now Tour next month to support her new album, but after being diagnosed with the infectious disease, which can cause nerve damage and paralysis, she can no longer perform […]

Britney Spears father ready to hand control back to singer

Britney Spears’ family is reportedly ready to let the singer regain full control of her own life. After rising to superstardom as a teenager, Britney suffered a public meltdown in 2007 following the collapse of her marriage to Kevin Federline and death of her aunt Sandra Bridges Covington. Her fall from grace resulted in Kevin […]

Britney Spears thanked the LGBTQ community for showing her their "unconditional" love during her career at the GLAAD Media Awards on Thursday. The Womanizer singer was chosen as the recipient of the Vanguard Award by officials of the Gay & Lesbian Alliance Against Defamation (GLAAD) for being a longtime advocate of the lesbian, gay, bisexual, […] 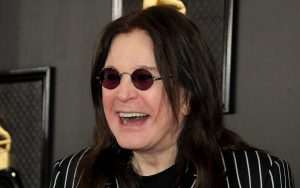 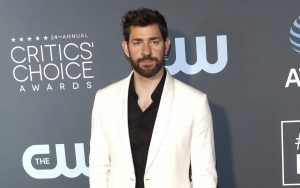