Dolly Parton has never pushed her husband of 54 years to join her in the limelight. While the 74-year-old singer enjoys the celebrity side of her job, her spouse Carl Dean steers clear of fame – something that has led to a conspiracy theory suggesting that he doesn’t actually exist. Reflecting on the rumors during […]

Taylor Swift: ‘Red is my only true breakup album’

Taylor Swift only has one "true breakup album" – 2013's Red. Since her 2006 debut album, Swift has built a reputation for penning songs directed at her famous exes, which include Harry Styles and Calvin Harris, but she insists not all of her albums are centered on heartbreak. In a trailer for Rolling Stone's 500 […]

The video for Whitney Houston's classic I Will Always Love You cover has become the first 1990s track from a solo artist to hit one billion views on YouTube. The power ballad was originally written and recorded by country queen Dolly Parton in 1973, but became Houston's signature song in 1992 after she released her […]

AC/DC frontman Brian Johnson wants the group's new album Power Up to rekindle young people's love of rock music. The Thunderstruck hitmaker is worried that teens may have given up on rock'n'roll in favor of pop and dance music – but has found it heartening to see youngsters sharing social media videos of themselves playing […]

Paul McCartney: ‘New album is just me having fun during lockdown’

Paul McCartney's new album is the result of the former The Beatles star taking the time to polish up old recordings that he just couldn't get right. McCartney III, slated for release on 11 December, comes 50 years after the debut of his self-titled first solo venture, and 40 years after the follow-up. In an […]

Two of Eddie Van Halen's most famous guitars are going under the hammer at auction just two weeks after the rock icon's death. The instruments, Eddie's custom-designed 2004 EVH Charvel Arts axe and another he built with his guitar technician, will be among the highlights at the Julien's Auctions Icons & Idols Trilogy: Rock 'n' […]

Stevie Nicks wrote TikTok sensation hit Dreams in funk legend Sly Stone's secret recording space at a studio in San Francisco, California. The singer reveals she and her Fleetwood Mac bandmates were finishing off demos for their 1977 album Rumors when she got a melody stuck in her head and tried to find a quiet […]

Ariana Grande will release her new album Positions on 30 October, according to the star’s latest Instagram post. Shortly after teasing the name of the record on her social media pages, the 7 Rings singer shared two countdown timers along with the word ‘Positions’, leading fans to believe it’s the title of her new single […]

Phil Collins has joined the growing list of musicians demanding Donald Trump’s campaign bosses stop playing their music at his rallies. Collins is unhappy with the use of his In The Air Tonight hit at political events and he has sent out a cease and desist letter, urging Trump’s music men to pick another song. […]

Elton John and Eminem are planning to team up for a joint album. The Rocket Man hitmaker and the outspoken rapper have long shared an unlikely friendship, famously duetting on a version of Eminem's hit Stan at the 2001 Grammy Awards and reuniting for a chat after they both performed at this year's Oscars. According to […] 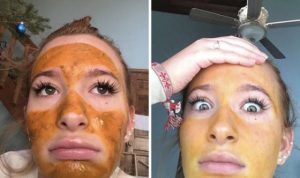