Helena Bonham Carter is keen for The Crown to stress the show is”not a drama-doc” and events have been “dramatised”.

U.K. Culture Secretary Oliver Dowden hit headlines over the weekend with his revelation that he’s planning to write to Netflix to ask them to put a warning on the show, about Britain’s Royal Family, for viewers to make it clear that it’s dramatized. And now Helena – who formerly starred as Princess Margaret in the program – has told the New York Post’s Page Six that she agrees that it’s important to make a distinction between “our version” and the “real version”.

“It is dramatised. I do feel very strongly, because I think we have a moral responsibility to say, “Hang on guys, this is not… it’s not a drama-doc, we’re making a drama.’ So they are two different entities,” she said.

Princess Diana’s brother Earl Spencer is among the other big names to have called for warnings at the start of The Crown, as season four depicts his late sister’s relationship with her former husband Prince Charles.

“I think it would help The Crown an enormous amount if, at the beginning of each episode, it stated that, “This isn’t true but it is based around some real events,'” Spencer told ITV. “I worry people do think that this is gospel and that’s unfair.”

The depiction of Charles in the program, played by Josh O’ Connor, has apparently led to concerns that it could permanently damage the reputation of the future king. 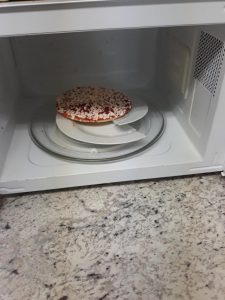