The video for Whitney Houston's classic I Will Always Love You cover has become the first 1990s track from a solo artist to hit one billion views on YouTube.

The power ballad was originally written and recorded by country queen Dolly Parton in 1973, but became Houston's signature song in 1992 after she released her version for the soundtrack of her movie The Bodyguard, in which she starred alongside Kevin Costner.

The tune topped the U.S. Billboard Hot 100 chart for 14 weeks and remains one of the bestselling singles of all time, with its accompanying video still averaging over 350,000 views per day, according to Variety.

The continued popularity of the promo has now helped Houston posthumously join YouTube's billion-views club, eight years after her death.

I Will Always Love You is only the fourth song from the 90s to achieve the feat on the video streaming platform, while it is the first from a solo artist to hit the milestone. Guns N' Roses' November Rain, Smells Like Teen Spirit by Nirvana, and The Cranberries' Zombie are the other 90s tunes to land a billion views. 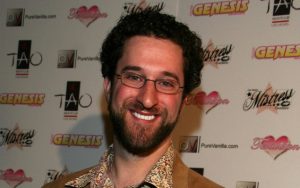