Prince’s homeless benefit which rang in 1988 is set to stream for fans on Thursday.

The New Year’s gig, which served as a fundraiser for the Minnesota Coalition for the Homeless and marked the finale of the late musician’s Sign O’ the Times tour, is considered by many fans one of his best shows, highlighted by an appearance from jazz great Miles Davis.

Prior to the online event at 7pm ET, Prince superfan Maya Rudolph will speak with the star’s collaborator’s Susannah Melvoin, Dr. Fink, Eric Leeds and Levi Seacer. The show will follow at 8 pm ET on the Prince YouTube page (https://www.youtube.com/Prince).

Following the showcase, a virtual after party will be held to mark the release of the new Sign O’ the Times box set – out Friday. DJ Rashida, Natasha Diggs, D-Nice, Moodymann, DJ Spinna and others will serve as special guests. 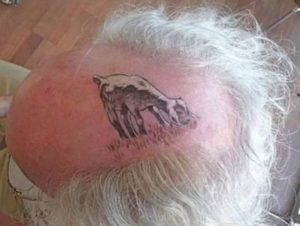