Jennifer Aniston reportedly wept when she was asked to be godmother to Katy Perry’s daughter.

The pregnant pop star, 35, is just weeks away from giving birth to her first child with fiance Orlando Bloom, 43, and according to Britain’s The Sun newspaper, she has tapped her longtime pal to be her unborn daughter’s godmother.

“She is pretty chuffed about it as well and cried when they asked her,” an insider confirmed. “Katy and Jen are very close. During lockdown they went for socially distanced walks, and spent lots of time catching up.”

Aniston’s already racked up years of experience as a godmother to her former Friends co-star Courteney Cox’s 16-year-old daughter Coco, making her the perfect fit for the role.

Meanwhile, Perry is in high spirits ahead of her delivery, and during a recent U.K. radio interview while promoting her new album Smile, she joked: “I am waddling like a duck! I’m breathing heavily, I’m a full-on mouth-breather.”

The star is expected to give birth around the time of the release of Smile – which drops 14 August. 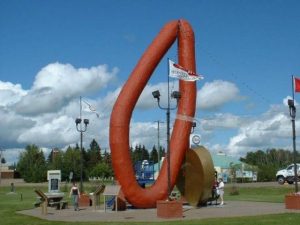