The couple wed in October, 2017, but on Friday, representatives for the singers revealed they had filed for divorce.

In a joint statement issued to The Associated Press, Musgraves and Kelly explained there were no hard feelings, and insisted they would always cherish their time spent together.

"With heavy but hopeful hearts we wanted to put our own thoughts into the air about what's happening," they share. "These kinds of announcements are always met with scrutiny and speculation and we want to stop that before it even starts.

"We believe that we were put into each other's lives for a divine reason and have both changed each other infinitely for the better. The love we have for each other goes far beyond the relationship we've shared as husband and wife. It's a soul connection that can never be erased."

Admitting it wasn't easy to pull the plug on their marriage, they continue: "We've made this painful decision together – a healthy decision that comes after a very long period of trying the best we can. It simply just didn't work.

"Though we are parting ways in marriage, we will remain true friends for the rest of our lives. We hold no blame, anger, or contempt for each other and we ask for privacy and positive wishes for us both as we learn how to navigate through this."

The news emerges a year after the Follow Your Arrow hitmaker credited Kelly with helping her adopt a more optimistic outlook on life, which influenced her Grammy Award-winning album, Golden Hour.

"He turned my life around in a lot of ways, and opened me up to seeing the world in a more positive light," she told V Magazine.

"There's a lot of hurt out there, and that's a real part of life. But I was inspired to write about the universe and our souls and where we come from. And this person that I found. The magic of it all." 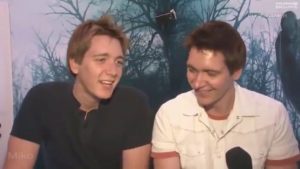 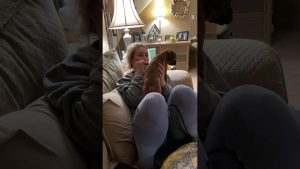