Hip-hop superstar Drake is looking to light up the marijuana industry with the launch of his own cannabis company.

The God’s Plan hitmaker teased a mystery new project earlier this week by having bouquets of flowers delivered to various radio and TV broadcast personalities across his hometown of Toronto, Canada, while he also had people handing out blooms on the street.

He posted an image of a domed structure on Instagram, alongside a logo for the More Life Growth Co., and on Thursday, his secret new side business was unveiled as a joint venture with officials at Canopy Growth in Toronto.

According to Reuters, Drake has also taken a 60 per cent stake in the deal to “produce and distribute” the drug in a way that promotes “wellness, discovery and overall personal growth”.

“The opportunity to partner with a world-class company like Canopy Growth on a global scale is really exciting,” Drake shared in a statement.

“The idea of being able to build something special in an industry that is ever growing has been inspiring. More Life and More Blessings.”

The company takes its name from the rapper’s hit 2017 mixtape.

Recreational marijuana use was legalized in Canada last year.

Drake is the latest musician to enter the industry, following in the footsteps of fellow weed aficionados and entrepreneurs like Snoop Dogg, Wiz Khalifa, and Post Malone. 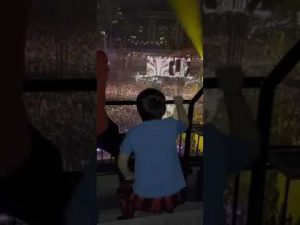