Gwyneth Paltrow didn’t know that Samuel L. Jackson was in the Marvel movies with her.

According to Marvel Studios boss Kevin Feige, Paltrow had no idea that Jackson was in any of the films, despite him starring as Nick Fury in 10 of the superhero blockbusters.

Discussing new details about filming the epic Avengers: Endgame, which brought together almost every character from the Marvel Cinematic Universe, Feige revealed that one particular scene caused confusion for Paltrow and other cast members.

Some Marvel movies, including Black Panther, Ant-Man and The Wasp, and Captain Marvel, hadn’t been released at that point, leading some cast members to become confused.

However, Paltrow was reportedly baffled about why Jackson was there at all.

“Tom Holland (was) coming up to me, saying, “Is that Michelle Pfeiffer? What is happening?'” Feige told Empire in a new interview. “Gwyneth Paltrow (was) asking why Sam Jackson was there, and the other actors (were) jumping in saying, “What are you talking about? He’s Nick Fury! You’ve been in movies with him.’ But it was really something special.”

Paltrow previously made headlines for forgetting that she was in 2017’s Spider-Man: Homecoming. 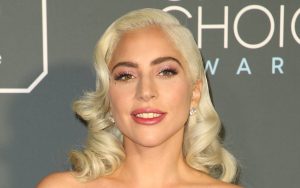