13. ‘The Lion in the Moon’ was a deleted scene that featured a lullaby sung by Sarabi. It would have come after Simba’s first encounter with the hyenas and was about a protective lion spirit. 14. ‘Can You Feel the Love Tonight’ went through 15 iterations of lyrics over several years before the final product was finished.

15. ‘Hakuna Matata’ wasn’t in the initial script. Originally, there was a song called ‘He’s Got it All Worked Out’ about eating bugs but the directors weren’t sold on the idea. When the film’s research team came back with the phrase ‘Hakuna Matata’ they decided to make a song about that instead.

16. The Lion King is the highest-grossing hand-drawn animated feature of all time. The film hit over $986 million at the box office. 17. A wildlife expert brought real African animals to the studio in order to help the animators study their movements. Animals including hornbills and lions were brought to different sets.

18. A 1994 earthquake forced Disney to temporarily shut down production for The Lion King. Much of the film was actually finished from the artists’ homes. 19. Simba was going to lose to Scar in the original final fight scene. Scar would have then died in a fire.

20. At one point the voices of the hyenas were going to be a Cheech and Chong reunion. The directors thought this would be great, but the two weren’t working together at the time and Whoopie Goldberg was cast alongside Cheech Marin.

21. Rowan Atkinson, the voice of Zazu, had some serious competition for the part. Several members of Monty Python, including Patrick Stewart, were considered. 22. In 1991, Disney sent a team of animators to Hell’s Gate National Park in Kenya to do research for the film. Many of the landscapes in the movie are based on this park.

23. It took animators over two years to create the stampede scene. The 2.5 minute scene also involved writing a new computer program that governed movements of the herd. 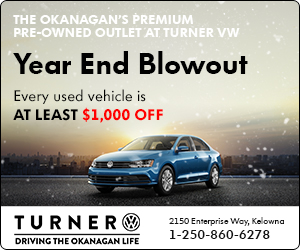