Emma Roberts made the first move on Evan Peters Actress Emma Roberts sneakily switched place cards at a dinner party years ago so she would be seated next to her now-fiance Evan Peters.

The 31 year old reveals he and Emma, 27, hit it off in 2012, before she was cast in his TV drama series American Horror Story, but admits it was Julia Roberts' niece who made the daring first move.

"We met at a Mexican restaurant party-type thing…," he recalled on morning show Live with Kelly and Ryan. "It was a sit down thing and there were name cards, and she switched a name card so that we could sit next to each other. She made the switcheroo (sic)! God love her!"

Evan has no idea who was originally supposed to be seated next to him at the group dinner, but he remembers enjoying the first conversation the couple shared – even though he's hesitant to claim their chemistry was instant.

Asked if he knew there was "something special" between the two, he paused and then chuckled at the awkward moment of silence, before insisting, "Yeah, I mean, she was hilarious. We laughed a lot and we had a great time."

The couple began dating after the dinner party and became engaged in December, 2013, but its romance hasn't been without its ups and downs.

Just months before Evan proposed, Emma was arrested amid allegations of domestic violence following a dispute with the actor in Canada. At the time, her representative dismissed the bust-up as an "unfortunate incident and misunderstanding" and claimed the stars were "working together to move past it".

They ended up parting ways in the summer of 2015, before reconciling and breaking up again in June, 2016. They reunited once more and became engaged for a second time that winter, and have been together ever since. 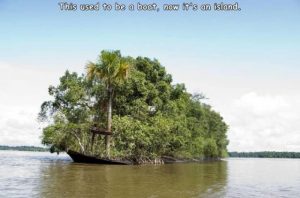