The Burn hitmaker announced the news with a notice in Tuesday’s edition of British newspaper The Times.

“Mr C.W.F. Jopling and Miss E.J. Goulding,” the notice read. “The engagement is announced between Caspar, son of The Hon Nicholas Jopling of Yorkshire and Mrs Jayne Warde-Aldam of Yorkshire, and Elena, daughter of Mr Arthur Goulding of Hertfordshire and Mrs Tracey Sumner of West Midlands.”

It was reported in June that the British singer was relocating to the U.S. to move in with her 26-year-old beau, who lives in New York and works at auction house Sotheby’s, after months of transatlantic travel.

Ellie’s producer Jax Jones appeared to confirm the singer’s impending move, after revealing he will be heading to New York to continue work on her fourth album, which is expected to be released later this year.

“She came and took two days to hang with us,” Jax told The Sun newspaper. “We’re planning to exchange the favour and go out to New York to work with her for a week.”

Ellie and Caspar have reportedly been dating for 18 months, although they were first pictured together in October at the inaugural Metropolitan Museum of Art’s ‘All Hallows’ Eve’ benefit.

The 31-year-old had recently told London’s Evening Standard that she was “really, really happy” with the former Youth Olympics rower, but was amused by reports that he is a professional athlete, insisting he was an art dealer, like his uncle Jay Jopling.

“We’re really, really happy together. I’m loving my life at the moment. But people keep saying Caspar is a Team GB rower – it’s kind of got out of hand now but we find it really funny. He is most definitely an art dealer now,” she said. 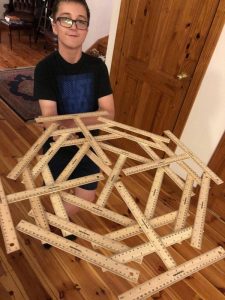 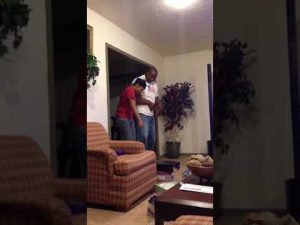 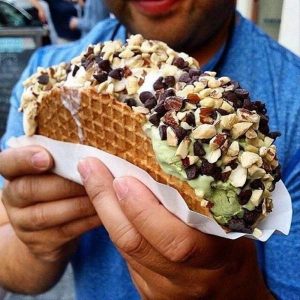