Reese Witherspoon, Meryl Streep, Nicole Kidman and Viola Davis’ all-black Golden Globe gowns will be sold to boost the coffers of the Time’s Up legal fund.

At the 75th edition of the Golden Globes, many of Hollywood’s leading ladies wore black on the red carpet in a coordinated protest against sexual harassment in the entertainment industry, organized by the celebrity-led group Time’s Up. And on Wednesday, US Vogue publisher Conde Nast announced it will be teaming up with Time’s Up and eBay to auction off a selection of the dresses and tuxedos worn during the Golden Globes.

The gowns, as seen on actresses also including Margot Robbie and Tracee Ellis Ross, will be up for grabs, with the cash raised earmarked for the Time’s Up Legal Defense Fund, which is administered by the National Women’s Law Center.

“Through this auction powered by eBay for Charity, and harnessing the compelling pull of both fashion and activism, we’re hopeful that the black dresses worn at this year’s historic Golden Globe Awards will raise funds for the Time’s Up initiative, and serve to support the stories and voices of those who have been victims of sexual misconduct,” Anna Wintour, artistic director of Conde Nast and editor-in-chief of US Vogue, told Vanity Fair magazine.

Designers such as Marc Jacobs, Calvin Klein, and Brandon Maxwell are among those who have donated dresses for the cause, while Stella McCartney, Diane von Furstenberg, and Rosie Assoulin have donating gowns to a raffle which requires a minimum donation of $25.

“We’re thrilled that actors and others in the entertainment industry are leading in this extraordinary way to end the scourge of workplace sexual harassment,” said Fatima Goss Graves, president and chief executive of the National Women’s Law Center. “Each time they’ve stepped up they’ve inspired more attorneys to join the Time’s Up Legal Defense Fund and more individuals to contribute.”

The auction begins Friday at ebay.com/timesup. 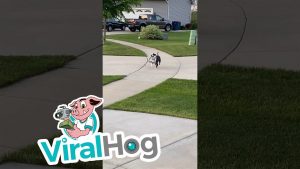